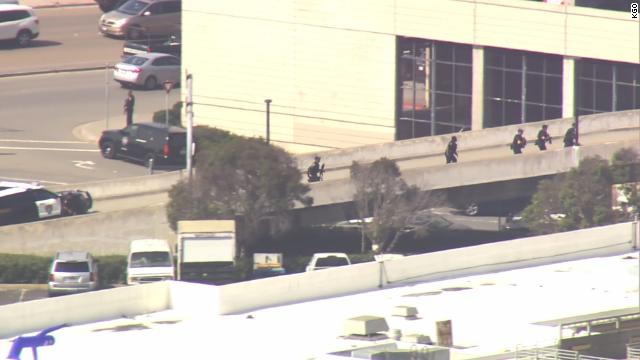 At least four people were injured following a shooting at a shopping mall in San Bruno, California Tuesday.

The gunfire broke out at the Tanforan Mall — located at 1150 El Camino Real.

A local hospital says they have received two patients with gunshot wounds. A number of other people were also wounded.

My coworker got a video of the person who was shot. Prayers out to him pic.twitter.com/bGESOkBygF

San Bruno police say they do not believe the shooting was random, but that the victims were targeted by two shooters armed with handguns. The suspects, described as black males, remain at large.

OPD along with BART PD and Oakland Fire Department are working together to ensure public safety. The 12/14th Street stations along with trains were evacuated due to possible suspect on train; in connection with the San Bruno active shooter. BART now open.

“Please stay out of the Tanforan area – San Bruno Police Department is on scene investigating a shooting. We will update when we have more information. Thank you,” the city’s police department tweeted.

Public Transit was halted in the area due to the investigation.