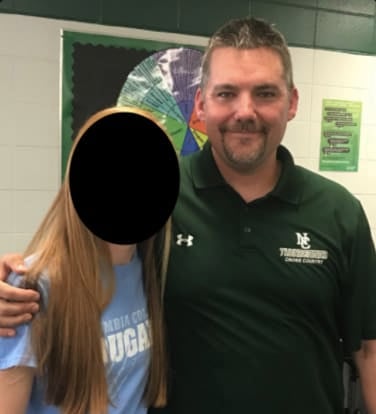 Davenport, Iowa – A Missouri man was arrested June 16, 2021, in Missouri on criminal charges related to his alleged production of child pornography and sextortion of minor females in Muscatine, Iowa.

The FBI assisted the Muscatine Police Department in the investigation and, through several Snapchat accounts associated with Craghead, located a number of other minor females across the country, some as young as 13 years old, who either sent him nude images or from whom Craghead extorted or attempted to extort nude images.

Online, Craghead described himself as “a husband, father of three, math teacher and Follower of Christ.”