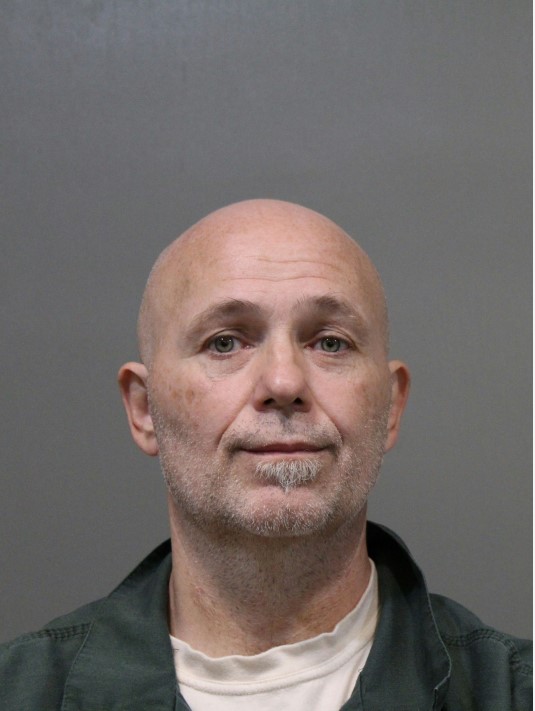 ORLEANS TOWNSHIP, Mich. – On October 31, 2022 at 10:30am, Ionia County Central Dispatch received a 911 call from a woman who reported that her neighbor had sent her a text that said “HELP” and that the neighbor had known the woman was going through some domestic issues with her ex boyfriend. Central Dispatch learned from the neighbor that the woman and the ex-boyfriend were not at the next door residence, and may be in a white colored vehicle near an area in the 3000 block of S. State Rd in Orange Township as the neighbor maintained communication with the victim through text messages and location information on her phone.

The female victim in this case was driving while the suspect sat in the passenger seat, and she wisely pulled into a local gas station on the pretense that she needed air in her tire, but after she got out of the car, she ran into the gas station screaming for help and that she’d been kidnapped and raped. The service station also called 911, and Ionia County Sheriff’s Deputies were able to immediately respond and take the suspect into custody. The suspect was found to have binoculars, knives, and restraints on his person, as well as a can of pepper spray.

Ionia County Sheriff’s Detectives later learned that the suspect had rented a van and driven it to an area near where the female victim resides and watched her leave to drop her children off at to school. After she left, he entered her house and waited for her to return and switched off the main power breaker. When the female victim returned home after dropping her children off, she went to investigate why the electricity was off and that’s when she was attacked by the suspect. Over the next couple hours, the victim was able to keep the suspect calm as she formulated an escape plan and was later able to convince him to go with her to retrieve property out of his personal vehicle which was parked south of Ionia. It was after this time that she was able to escape with the statement that she needed air in her tires.

Investigators searched the crime scene and found evidence of kidnapping and assault, including recovering restraints, firearms, knives, pepper spray, and other materials that alluded to the suspect’s potentially deadly plot.

On November 1st, the suspect was arraigned on charges of Criminal Sexual Conduct, Home Invasion, Unlawful Imprisonment, and Domestic Assault- and is being held at the Ionia County Jail with no bond.

The suspect is identified as Kurt Gene Franklyn, 52, of Roseville, MI. Franklyn was charged with the following crimes: