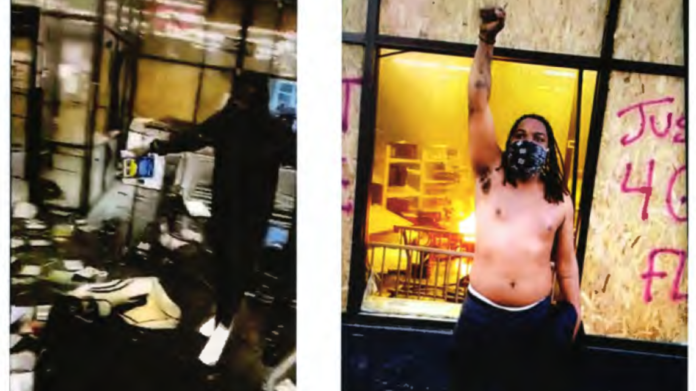 ROCHESTER, Minn. – A man who torched a Minneapolis pawn shop during the George Floyd riots, killing a man, has been sentenced to 10 years in federal prison.

According to court documents, on May 28, 2020, Montez Terriel Lee, 26, along with others, broke into the Max It Pawn Shop on East Lake Street in Minneapolis. Surveillance video footage showed Lee pouring a fire accelerant around the pawn shop and lighting the accelerant on fire. The fire destroyed the building. A second video showed Lee standing in front of the burning pawn shop and Lee could be heard saying, “[expletive] this place. We’re gonna burn this [expletive] down.”

According to court documents, on July 20, 2020, authorities located the body of a 30 year old man in the rubble of the burned Max It Pawn building. The Hennepin County Medical Examiner’s Office attributed his death to “probable inhalation of products of combustion and thermal injury (building fire).”

This case was the result of an investigation conducted jointly by the Bureau of Alcohol, Tobacco, Firearms and Explosives (ATF), the FBI, the Minneapolis Police Department, the Rochester Police Department, and the Minnesota State Fire Marshal Division.