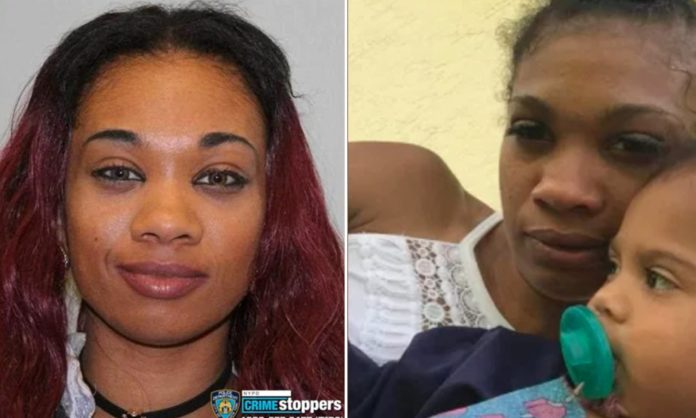 NEW YORK – Carla Garriques, 28, has been indicted by a Queens County grand jury and arraigned in Supreme Court on manslaughter and other crimes for allegedly starving her infant child to death. The baby boy died on October 30, 2020.

District Attorney Melinda Katz said, “This baby was delivered at full term and born healthy. Tragically, during seven short months of life he suffered with too little food and barely any medical care. He died underweight with loss of muscle, bone and other maladies. As alleged, this defendant – the infant’s mother – was the sole caregiver who neglected medical attention and failed to provide basic sustenance for life to this helpless victim.”

Garriques, of Liberty Avenue in St. Albans, Queens, was arraigned this morning before Queens Supreme Court Justice Ushir Pandit-Durant on a three-count indictment. The defendant is charged with manslaughter in the second degree and endangering the welfare of a child. Justice Pandit-Durant remanded the defendant and ordered her to return to Court on August 2, 2021. Garriques faces up to 25 years in prison if convicted.

District Attorney Katz said, according to the charges, the baby boy named Kemari was born in March of 2020 and weighed 5 pounds and 11 ounces. Living in Florida, at five and six weeks old, the newborn was treated twice at a hospital in Broward County. At the last visit, he weighed 7 pounds and 4 ounces and was thriving. However, at two months, the defendant is alleged to have switched the baby’s diet from breast milk and formula to blended fruits, vegetables and nuts.

According to the charges, the mother and child moved to Queens in early October of 2020, and between 2 and 6 months of age the baby had only gained 2 pounds. On October 30, 2020, at approximately 9:50 p.m., emergency medical technicians and police responded to a 911 call and found the baby unresponsive and without a pulse. He was transported to a nearby hospital and pronounced dead at roughly10:35 p.m. At that time, little Kemari weighed just 9 pounds and 5 ounces. A typical weight for a 7 to 8-month-old is 17 to 22 pounds.

Garriques previously told The New York Post she was following the Bible with her baby’s diet and wasn’t “going to carry a fat-ass child.”

“Vegan means that everything that’s in this Bible,” she said during the interview. “I’m very wise. I’m very smart and I read my Bible.”

Continuing, said the DA, an autopsy performed on the victim showed severe malnutrition, dehydration, a loss of muscle mass and bone demineralization. The little boy’s body also had an enlarged liver, an extensive kidney infection and sepsis. Medical evidence showed that the baby had allegedly endured prolonged malnutrition.