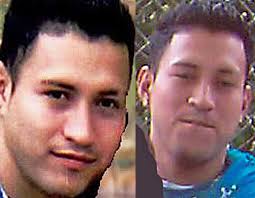 NEWARK, N.J. – An MS-13 member previously named one of the FBI’s 10 Most Wanted Fugitives today admitted killing a Plainfield, New Jersey, man on behalf of the gang, and agreeing that a conspirator would commit multiple violent acts for the gang, U.S. Attorney Craig Carpenito announced.

Walter Yovany-Gomez, a/k/a “Cholo,” 35, who was a fugitive residing in the Maryland/Virginia area from 2011 to 2017, pleaded guilty before U.S. District Judge Stanley R. Chesler in Newark federal court to an information charging him with one count of racketeering conspiracy.

According to documents filed in this and other cases and statements made in court:

In September 2013, a Newark grand jury indicted Yovany-Gomez for murder in aid of racketeering and conspiracy to commit murder in an indictment that charged 14 members of Plainfield Locos Salvatrucha (PLS), a New Jersey branch of the Mara Salvatrucha (MS-13) transnational gang, with various gang-related offenses. The charges against Yovany-Gomez focused on the May 2011 murder of Julio Matute, whom law enforcement officers discovered beaten and stabbed to death in Matute’s Plainfield apartment. Yovany-Gomez fled New Jersey after officers went to Yovany-Gomez’s residence to question him.

In April 2017, the FBI placed Yovany-Gomez on its 10 Most Wanted Fugitives List. On Aug. 12, 2017, he was arrested without incident in Woodbridge, Virginia, based on tips received from the public.

Between 2014 and 2016, all 13 of Yovany-Gomez’s co-defendants charged in the September 2013 federal indictment were convicted, including eight MS-13 members who were convicted following a 16-week trial that ended in June 2016.

In May 2011, MS-13 leaders, members, and associates, including Yovany-Gomez, plotted to murder Matute, a PLS recruit, because they believed Matute had been socializing with rival gang members.

Flores was found guilty of the murder during the trial described above.

In addition to the Matute murder, Yovany-Gomez agreed as part of the racketeering conspiracy that another conspirator would commit multiple acts of violence on behalf of MS-13.

The charge of racketeering conspiracy carries a maximum sentence of life imprisonment and a $250,000 fine. A plea agreement between the government and Yovany-Gomez calls for Yovany-Gomez to serve an agreed-upon sentence of 25 years in prison if it accepted by the court, at which point the government will dismiss the remaining charges in the 2013 federal indictment against Yovany-Gomez. Sentencing is scheduled for July 31, 2019.