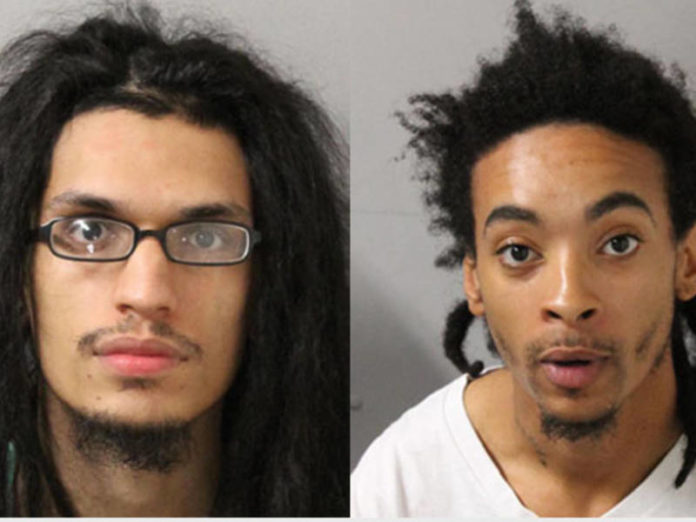 NASHVILLE, TN. — A criminal complaint unsealed this week charges two Nashville men with federal crimes relating to the armed robbery of the Rite Aid on West End Avenue in October 2017.

Carlos Valcarcel Arocho, 22, and Dionte Breedlove, 24, are each charged with robbery affecting commerce. Breedlove is also charged with using, carrying and brandishing a firearm during and in relation to a crime of violence. If convicted, Breedlove faces up to life in federal prison and Arocho faces up to 20 years.

According to the complaint, on October 9, 2017, at approximately 4:00 a.m., an individual later identified as Dionte Breedlove entered the Rite Aid on West End Avenue and shot the security guard in the chest at close range. Breedlove then went to the office area of the store, pointed a handgun at the two employees and ordered them to place money in a bag. Breedlove then fled the store with the bag of money.

During the subsequent investigation, Midtown Hills Precinct detectives determined that one of the Rite Aid employees, Carlos Valcarcel Arocho, was texting Breedlove on a cell phone just prior to the robbery and were able to establish a relationship between Arocho and Breedlove. Detectives obtained a search warrant for Arocho’s residence and subsequently located evidence from the robbery inside his apartment.

Breedlove and Arocho were subsequently arrested by MNPD officers on October 20 and October 21, 2017, respectively, and charged in state court with aggravated robbery.

The FBI is partnering with the MNPD in this investigation. Assistant U.S. Attorneys Philip H. Wehby and Van Vincent are prosecuting the case.