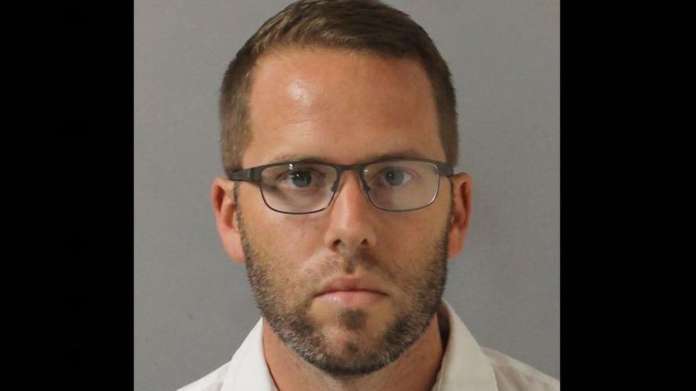 Decommissioned North Precinct Officer Gardiner Bradley today was arrested on charges of domestic assault (provocative contact), interference with a 911 call and vandalism arising from a September 12th dispute with a woman he had been dating.

The woman reported that Bradley refused to leave her apartment after an argument in the early morning hours of September 12th. She said Bradley knocked a cellphone out of her hand and into a bathtub when she attempted to call 911. She also said Bradley held her arm under water to interrupt her smartwatch’s Bluetooth connection. Bradley is also accused of damaging a glass coffee table in her apartment.

Domestic Violence detectives are leading this investigation and were called to the victim’s apartment by patrol officers on the morning of the 12th. Bradley was decommissioned that day as the investigation moved forward. The woman provided a detailed statement to detectives on Wednesday of this week and arrest warrants were then sought. Bradley, who had been out of town, surrendered on the warrants today.

Bradley is age 32 and graduated from the MNPD Academy in April 2018.

The police department’s Office of Professional Accountability is conducting a parallel but separate administrative investigation of Bradley.