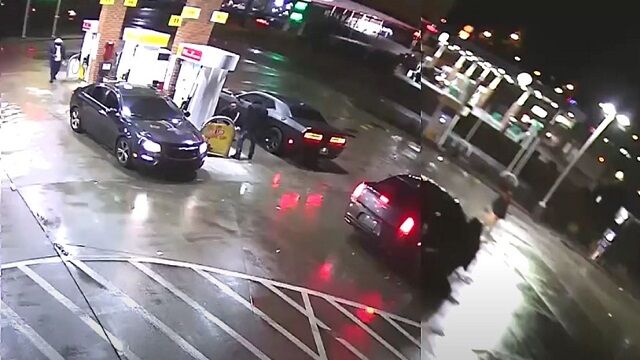 he men responsible for killing Chacon arrived in a gray/silver Chrysler sedan (believed to be a Chrysler 300) and confronted Chacon as he was dispensing fuel into a gas can beside his 2017 Dodge Challenger. Detectives theorize that the men may have been trying to rob Chacon of his car, although the motive has not been determined.

The gunfire was recorded by a market surveillance camera.

The suspects then pull up in the Chrysler sedan and confront him.

Anyone recognizing the suspects and/or their gray/silver Chrysler sedan is asked to contact Crime Stoppers at 615-742-7463. Callers to Crime Stoppers can remain anonymous and qualify for a cash reward.