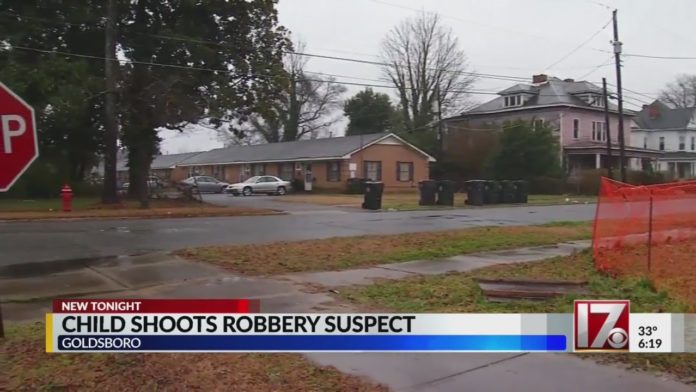 On Saturday just after midnight, Officers with the Goldsboro Police Department responded to a report of a shooting at 402 S. William Street. Responding Officers discovered one of the apartment’s residents, Linda Ellis, a 73-year-old woman, suffering from an apparent gunshot wound.

Shortly after, a suspect was located near the intersection of William Street and Elm Street, also suffering from a gunshot wound. The suspect was later identified as Khalil Herring of Goldsboro. Both \were transported to Wayne UNC Health Care. Ellis was treated for non-life threatening injuries and is listed in stable condition. Herring succumbed to his injuries.

Police say that two masked suspects forced their way into the home located at 402 S. William Street, demanded money, and shot Ellis. During the robbery, a 12-year-old boy shot at the suspects in self-defense, causing them to flee the area.

Police say that Khalil Herring was one of the two masked intruders and was shot during the robbery. Charges against the boy are not anticipated by the Goldsboro Police Department.

The investigation into the incident is ongoing.