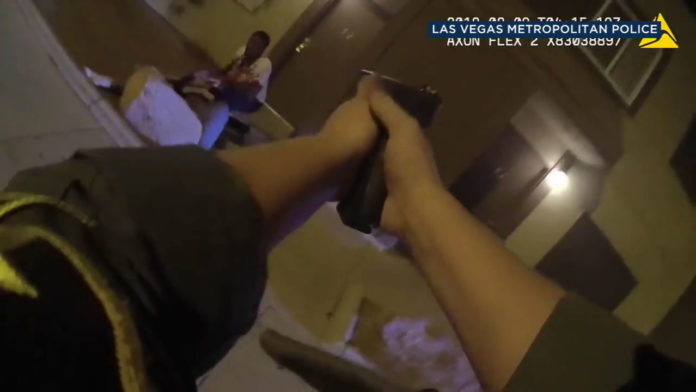 LAS VEGAS — (Scroll Down For Video) — At approximately 9:06 p.m on August 8th 2018., the LVMPD’s Dispatch Center received several calls reporting that a man was trying to kill his wife.

Per policy, a minimum of three officers and a sergeant were assigned to respond. Sergeant Daniella Cino was the first to arrive on scene. She saw William Fuller on top of a female attacking her with a knife. Sergeant Cino gave Fuller numerous commands
to get off the female victim.

Fuller, who was armed with an eight inch butcher knife, stood up and turned his attention towards Sergeant Cino. She gave him several commands to drop the knife, but Fuller refused. Fuller began walking towards her while raising the knife.

Sergeant Cino fired two rounds, striking Fuller. He was transported to Sunrise Trauma Center where he was pronounced deceased.