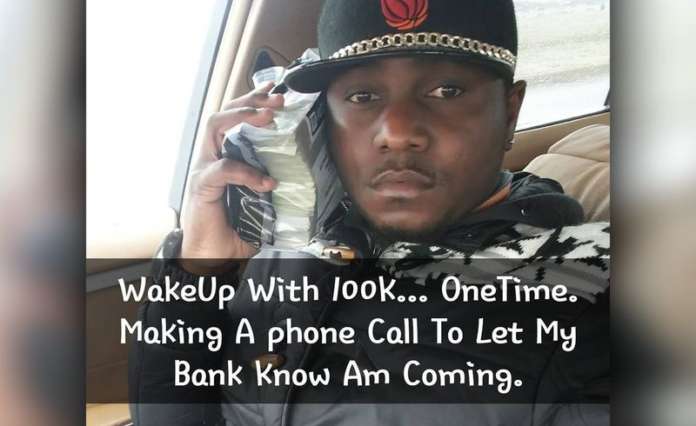 CAMDEN, N.J. – A Cumberland County, New Jersey, man was arrested today on charges that he allegedly defrauded more than 30 victims into wiring money to him and his conspirators after he and his conspirators met and wooed the victims on online dating sites, U.S. Attorney Craig Carpenito announced.

Rubbin Sarpong, 35, of Millville, New Jersey, is charged by complaint with one count of conspiracy to commit wire fraud. He is scheduled to make his initial court appearance today before U.S. Magistrate Judge Joel Schneider in Camden federal court.

Between January 2016 and Sept. 3, 2019, Sarpong and his conspirators, several of whom reside in Ghana, allegedly participated in an online romance scheme, defrauding victims in New Jersey and elsewhere. Sarpong and the conspirators set up dating profiles on various dating websites, using fictitious or stolen identities and posing as United States military personnel who were stationed overseas. They contacted victims through the dating websites and then pretended to strike up a romantic relationship with them. After establishing virtual romantic relationships with victims on the online dating platforms and via email, the conspirators asked them for money, often for the purported purpose of paying to ship gold bars to the United States. Although the stories varied, most often Sarpong and the conspirators claimed to be military personnel stationed in Syria who received, recovered, or were awarded gold bars. The conspirators told many victims that their money would be returned once the gold bars were received in the United States.

Sarpong and the conspirators used myriad email accounts and Voice Over Internet Protocol phone numbers to communicate with victims and instruct them on where to wire money, including recipient names, addresses, financial institutions, and account numbers. Victims wired money to bank accounts held by Sarpong and others at financial institutions in the United States. Occasionally, victims also mailed personal checks and/or cashier’s checks to the conspirators and also transferred money to the conspirators via money transfer services, such as Western Union and MoneyGram. The funds were not used for the purposes claimed by the conspirators – that is, to transport non-existent gold bars to the United States – but were instead withdrawn in cash, wired to other domestic bank accounts, and wired to other conspirators in Ghana.

Federal law enforcement agents have identified more than 30 victims, with a total loss amount exceeding $2.1 million. Sarpong allegedly personally received $823,386 in victim funds into bank accounts that he owned or controlled. Sarpong posted photographs of himself on social media posing with large amounts of cash, high-end cars and expensive jewelry.

The count of conspiracy to commit wire fraud is punishable by a maximum of 20 years in prison and a $250,000 fine.