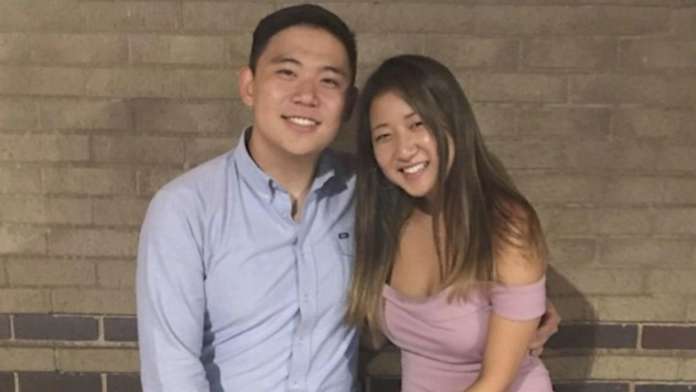 BOSTON — — A Suffolk County Grand Jury on Oct. 18 returned an indictment charging Inyoung You, 21, of South Korea, with involuntary manslaughter for her role in the suicide of her boyfriend Alexander Urtula, 22, who leapt to his death from atop the Renaissance parking garage in Roxbury around 8:35 a.m. on May 20, 2019.

Urtula’s family was in town from New Jersey to watch him walk in the Boston College graduation ceremony that began that same day at 10 a.m., at Alumni Stadium.

An initial search of his cell phone led to an extensive investigation in which Suffolk County prosecutors and MBTA Transit Police detectives determined You was physically, verbally and psychologically abusive towards Urtula during their 18-month-long tumultuous relationship. The abuse became more frequent, more powerful and more demeaning in the days and hours leading up to Urtula’s death.

This unrelenting abuse was witnessed by friends and classmates of both parties and documented extensively in text messages between the couple, and in Urtula’s journal entries.

VIDEO: You’s reps shared a series of new texts that claim she tried to intervene in his final moments.

On the morning of May 20, You was tracking Urtula’s location and went to the Renaissance garage and was present when he jumped.

“Students come to Boston from around the world to attend our renowned colleges and universities. They are eager to learn and experience our vibrant city. Their families and loved ones do not expect them to face unending physical and mental abuse,” said Suffolk County District Attorney Rachael Rollins.

In the two months prior to his May 20 death, the couple exchanged more than 75,000 text messages, of which You sent more than 47,000. Many of the messages display the power dynamic of the relationship, wherein Ms. You made demands and threats with the understanding that she had complete and total control over  Urtula both mentally and emotionally. Her texts included repeated admonitions for  Urtula to “go kill himself” to “go die” and that she, his family, and the world would be better off without him.

The investigation revealed Ms. You used manipulative attempts and threats of self-harm to control Mr. Urtula and isolate him from friends and family. It also found that Ms. You was aware of his spiraling depression and suicidal thoughts brought on by her abuse. Even still, she continued to encourage Urtula to take his own life.

The indictment alleges You’s behavior was wanton and reckless and resulted in overwhelming Urtula’s will to live; and that she created life-threatening conditions for Urtula that she had a legal duty to alleviate, which she failed to do.

“I would like to thank my staff, especially Assistant District Attorneys Caitlin Grasso and Cailin Campbell, who have led this investigation and carefully considered how to bring this unique case to trial where a jury will ultimately decide if Ms. You caused Mr. Urtula to take his life,’’ District Attorney Rollins said. “The work of the MBTA Transit Police was invaluable.”