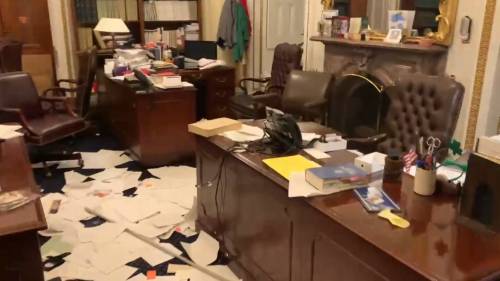 Video images from inside the U.S. Capitol late Wednesday captured the aftermath from supporters of President Donald Trump storming the building in a stunning bid to overturn his election defeat.