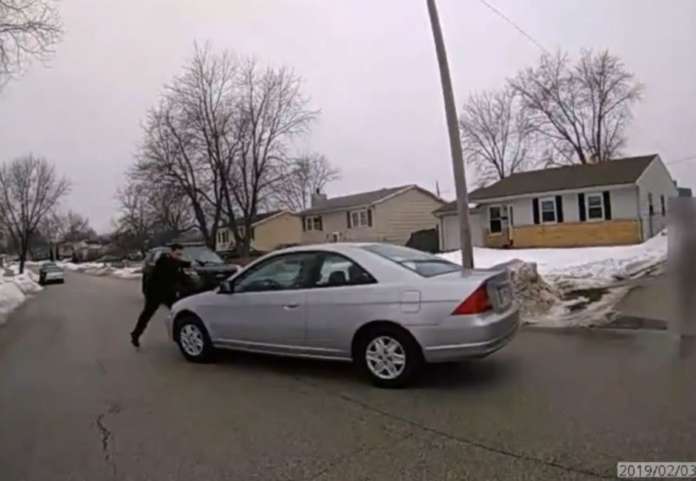 Waukegan, Illinois — The Waukegan Police Department released footage of an officer-involved shooting after a man tried to run over a police officer with a car in February 3, 2019. On Aug. 7, 2019, Lake County State’s Attorney Michael G. Nerheim ruled that the officer acted “reasonably and appropriately” in the fatal shooting of Asuncion J. Gomez-Guerrero, according to a statement by the state’s attorney’s office. The 18-year-old woman who was a passenger in the vehicle suffered minor injuries in the crash, police said.