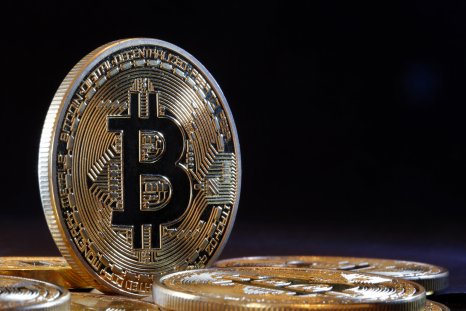 CAMDEN, N.J. – A Camden County, New Jersey, man under investigation by the Atlantic County Prosecutor’s Office for child pornography-related offenses was indicted Wednesday for allegedly paying $20,000 in bitcoin to have the 14-year old child victim murdered.

John Michael Musbach, 31, of Haddonfield, was charged with one count of murder-for-hire.

In the summer of 2015, Musbach began communicating via an Internet Relay Chat (IRC) website with his victim, who was 13 years old at the time. Musbach began using those IRC conversations to request and receive sexually explicit videos and photographs of the minor victim and to send to the victim sexually explicit videos and photographs of himself.

In September 2015, the victim’s parents discovered the nature of Musbach’s communications with the victim and notified local law enforcement officers in the State of New York, where the victim resided. Officers began investigating Musbach’s conduct and called Musbach to notify him that he was under investigation for his online sexual contact with the victim and that he was to stay away from the victim. Upon identifying Musbach as a resident of Atlantic County, New Jersey, New York law enforcement officers reached out to the Atlantic County Prosecutor’s Office (ACPO), which continued the investigation.

On March 31, 2016, officers from the ACPO arrested Musbach on child pornography charges and executed a search warrant at his residence, then in Galloway, New Jersey. Law enforcement officers seized Musbach’s cellular telephone and his business. Musbach admitted to having sent sexually explicit images and videos of himself to the victim and having requested and received sexually explicit images and videos from the victim, all while knowing that the victim was 13-years old.

On Oct. 11, 2017, Musbach pleaded guilty to endangering the welfare of a child (the victim) by sexual contact and was sentenced on Feb. 9, 2018, by a New Jersey Superior Court Judge, to a two-year suspended sentence with parole supervision for life.

In 2019, a cooperating informant began providing law enforcement with messages between Musbach and a murder-for-hire website, which operated on the dark net, and which purported to offer contract killings or other acts of violence in return for payment in cryptocurrency.

Those messages revealed that in May 2016, Musbach attempted to arrange a murder-for-hire through the website. He asked if a 14-year-old was too young to target, and upon hearing that the age was not a problem, paid approximately 40 bitcoin (approximately $20,000) for the hit. Musbach repeatedly messaged the website’s administrator following up on the hit and asking when it would occur. When pressed for an additional $5,000 to secure the hit, Musbach eventually sought to cancel and asked for a refund of his $20,000. The website’s administrator then revealed that the website was a scam and threatened to reveal Musbach’s information to law enforcement.

Agents were able to confirm Musbach’s identity through several means, including linking him to the same screen name he used to communicate with the murder-for-hire website and also by tracing the flow of monies from Musbach’s bank account to the purchase of bitcoin used to pay for the hit.

The charge of use of interstate commerce facilities in the commission of murder-for-hire is punishable by a maximum potential penalty of 10 years in prison and a fine of the greater of $250,000, twice the gross profits to Musbach or twice the gross losses to the victim of his offense.