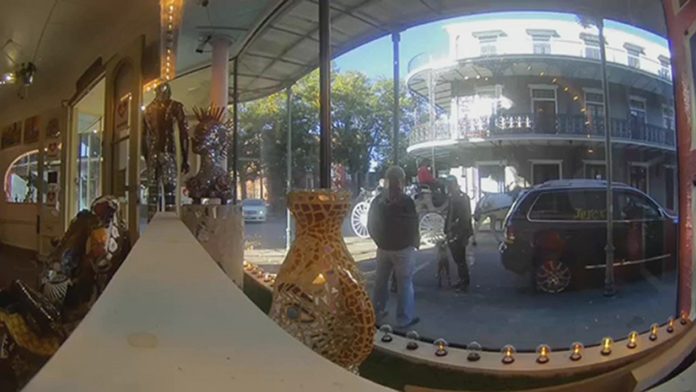 A New Orleans police officer was shot in the face in the crowded French Quarter Friday in what was an unprovoked, ambush attack, police say. A second officer was also injured by flying glass.

The gunman, who was passing by in the back of a pedicab, fled after firing multiple shots but was later apprehended.

“They were just crossing through intersections going in different directions,” Police Superintendent Shaun Ferguson said. “This is a dark day for our officers.”

“He was able to walk into the hospital holding his cheek,” Ferguson told reporters.

“Our officers didn’t have any engagement with this individual,” Ferguson said.