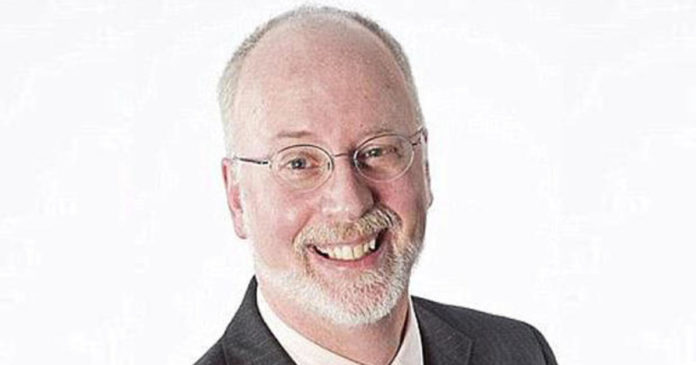 NEW YORK — Robert Hadden was arrested this morning and charged with enticing and inducing six victims to travel interstate to engage in illegal sexual activity. The indictment unsealed today alleges that from at least in or about 1993, up to and including at least in or about 2012, Hadden enticed and induced dozens of victims, including minors, to travel to his medical offices in New York, New York, at least in part for the purpose of subjecting them to unlawful sexual abuse.

Acting U.S. Attorney Audrey Strauss said: “As alleged, between 1993 and 2012, Robert Hadden sexually abused dozens of women and girls during Ob/Gyn examinations at his medical offices in Manhattan. Hadden allegedly used the examinations of his victims for his own sexual gratification, abusing dozens of victims over a nearly 20-year period, including multiple minor girls, one of whom Hadden had himself delivered. The allegations show that Hadden acted as a predator in a white coat. He allegedly used the cover of conducting medical examinations to engage in sexual abuse that he passed off as normal and medically necessary, when it was neither normal nor necessary – it was criminal. I want to thank and commend the brave women who were willing to come forward to tell us what happened to them, without whom these charges could not have been brought.”

FBI Assistant Director William F. Sweeney Jr. said: “The abusive behavior alleged here took place over the course of nearly two decades, which means there could be many victims out there we have not heard from. We are asking anyone seeing this information to reach out to us. We want you to know FBI special agents, NYPD detectives, analysts, victim specialists, and prosecutors investigating this case are here for each and every one of you, and we are your advocates. It is important to remember nothing Dr. Hadden has done was, or ever will be, your fault. We see time and time again that voices matter, and those who have stepped forward have empowered others to do the same. If you have been victimized by Robert Hadden in any way, or have any additional information about his alleged illegal behavior, please call us at 1-800-CALL-FBI, or reach out to us at www.tips.fbi.gov.”

According to the Indictment unsealed today in Manhattan federal court:

Over more than a decade, Hadden sexually abused dozens of female patients, including multiple minors, under the guise of conducting purported gynecological and obstetric examinations at his medical offices and at hospitals in New York, New York.

From at least 1993 through at least 2012, Hadden enticed and induced multiple victims to travel to his medical offices in New York, at least in part for the purpose of subjecting them to unlawful sexual abuse. Hadden used his position as a medical doctor at Columbia University to make or to attempt to make his victims believe that the sexual abuse he inflicted on them was appropriate and medically necessary. Hadden encouraged his victims to return to see him and often directed his victims to schedule follow-up visits on timelines he set. As a result, some of his victims attended many appointments with Hadden over the course of multiple years, at which Hadden repeatedly abused them. Hadden caused multiple victims to return to appointments with him to be further sexually abused, knowing that in order to do so many of his victims would travel to his offices in Manhattan from or through other states.

Evelyn Yang, wife of Andrew Yang, publicly accused the doctor of sexual assault. Mrs. Yang told CNN last year that Hadden assaulted her in 2012 while she was seven months pregnant.

As alleged, Hadden abused dozens of patients through a process that entailed developing a relationship with his victims and causing them to trust him, before engaging in a course of increasingly abusive conduct, which Hadden attempted to mask under the guise of legitimate medical care. Hadden frequently created opportunities to be alone with his victims. Among other things, Hadden invited his victims to meet with him alone in his office, sent nurses and medical assistants out of the examination room for periods of time, and/or intentionally failed to tell nurses and medical assistants when he was going into examination rooms, so that he could be alone with his victims.

After developing or attempting to develop a rapport with his victims, Hadden then began to engage in a course of physical sexual abuse of his victims. In the case of many victims, Hadden’s conduct became increasingly abusive over time. The abusive sexual conduct included, among other things, Hadden conducting excessively long and sexualized breast exams that involved caressing or groping a victim’s breasts, and pinching, twisting, or otherwise manipulating a victim’s nipples; conducting two breast exams per appointment; conducting pelvic exams during which Hadden used his hands to touch a victim’s clitoris, labia, vagina, and/or anus without a valid medical purpose; and conducting pelvic exams during which Hadden licked a victim’s vagina. Hadden also frequently brought up inappropriate and medically irrelevant sexual topics without prompting from his patients.

As alleged, Hadden enticed and coerced six particular victims, including a minor victim, to travel to New York, New York, from or through another state to engage in illegal sexual activity.

Hadden, 62, of Englewood, New Jersey, is charged with six counts of enticing and inducing individuals to travel interstate to engage in illegal sexual activity, each of which carries a maximum sentence of 20 years in prison.