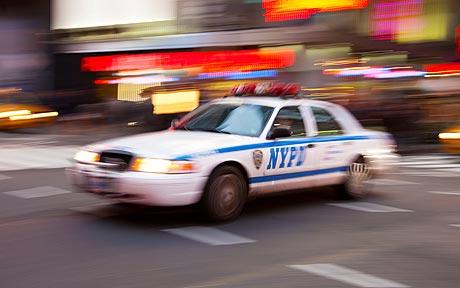 Mayor Michael R. Bloomberg and Police Commissioner Raymond W. Kelly today presided over the graduation ceremony for 1,171 new police officers at Madison Square Garden and announced new all-time lows will be set in 2013 for the fewest homicides and fewest shootings in recorded city history. There have been 332 homicides so far this year, which is a reduction of 20 percent from the previous record low, which was established last year – and homicides have fallen nearly 50 percent since 2001. Similarly, the number of shootings have fallen by 20 percent from last year’s record low – with 1,093 shootings through Thursday, December 26th – down from 1,608 in 2001, a 32 percent reduction. Overall crime is now down 32 percent since 2001. The crime decline has not been achieved by putting more people in prison – it been achieved while putting far fewer people in prison as incarceration rates in New York City have decreased by 36 percent since 2001. Nationwide, the opposite has been true as incarceration rates have increased by three percent nationwide 2001. The new officers recently completed more than six months of Police Academy training and the first major deployment for the class is the New Year’s Eve celebration and countdown in Times Square on Tuesday, December 31st.

“New York’s crime-fighting strategies have made us America’s safest big city – and one that cities across the globe want to learn from,” said Mayor Bloomberg. “Twelve years ago, no one thought New York’s crime rate could go any lower. But it did: since 2001, crime has gone down by 32 percent and in a city of 8.4 million people, there have been fewer than 350 homicides, and that is largely due to the work of the fine men and women you are about to join. With all the talent and dedication in this graduating class, I know the department is positioned to build on our success.”

“Forty-seven years ago, I stood in your shoes with my fellow graduates of the New York City Police Academy,” said Police Commissioner Kelly. “I remember everything my classmates and I felt that day: the satisfaction of completing my training; the pride as I took the oath to become a full-fledged member of New York’s finest; the excitement of knowing I soon would be putting everything I learned into practice on patrol. No doubt, these are some of the emotions you’re feeling today as well. Looking back, I can tell you that joining the New York City Police Department was the best career decision I ever made. I know that if you maintain the same faith and commitment that brought you here today, it will be the best one you ever made too.”

Annual statistical data for shootings was first captured with the introduction of the NYPD’s Compstat crime reporting system in 1994. Comparable murder statistics date back to 1963, when the city recorded 548 homicides. The most murders New York City recorded in a single year was 2,245 murders in 1990 – an average of six murders a day. Today, New York City is averaging less than one murder a day, even though the city’s population has grown by approximately 300,000 people since 2001.

About the Graduation Class

Over 40 percent of this graduating class are college graduates; 528 have earned their bachelor’s degrees and 46 hold advanced degrees, including two juris doctors. Eighty-nine of the new officers served in the United States military and 59 previously served the City of New York in other capacities, including as civilian employees of the NYPD, School Safety Agents, and Traffic Enforcement Agents. The graduating class is 56 percent white, 9 percent black, 25 percent Hispanic, 9 percent Asian, and 1 percent other. Approximately one in five new police officers immigrated to the United States from 45 different countries.