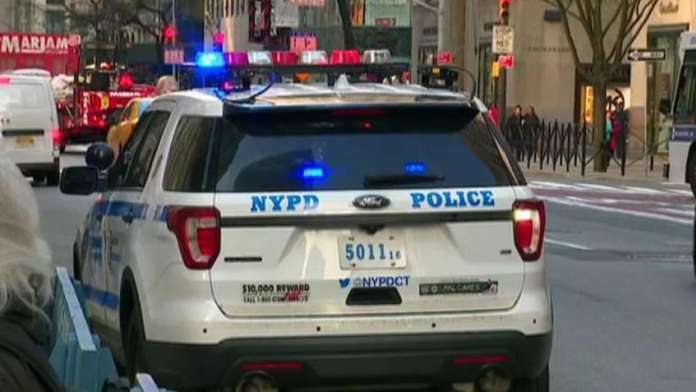 Labor Day weekend is turning out to be a shootout in NYC. As of Monday afternoon (2:30PM ET), 21 people were shot. 5 of the victims were killed. Additionally, there have been 7 stabbings.

One incident early Monday morning left officers in a wild gun battle that had 55 shots fired, as officers were pinned down in a backyard, shooting to save their lives, as a maniac wearing a mask fired repeatedly at officers. He was eventually killed by officers.

The New York Police Department union last Wednesday delivered a unanimous vote of no confidence in Mayor Bill de Blasio and NYPD Commissioner James O’Neill – calling for their removal and resignation, respectively, following the firing of the officer involved in the arrest that led to Eric Garner’s death five years ago.

The New York Post reported that arrests have dropped since the firing of Pantaleo when compared to 2018. Between Aug. 17, when Pantaleo was fired, and Aug. 25, arrests dropped by 27 percent from the same period a year earlier, the Post said.