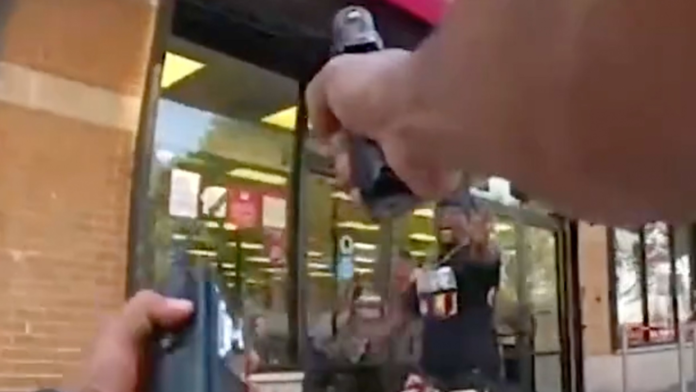 Bronx, N.Y. — NYPD released body-camera video of an officer-involved shooting that occurred on May 19th, 2021 in the confines of the 42nd Precinct. The footage shows 39-year-old suspect Calvin Peterkin breaking free from Officers Lewellyn Alvarez and Imran Alli and taking off down East 174th Street. Peterkin argued with Boost Mobile employees inside the store around 6:20 p.m. on Thursday and then pulled out a gun and menaced the workers, police said. Police were called and when they arrived, they found themselves face to face with him.

When Alvarez and Alli confronted Peterkin at the store’s entranceway, Peterkin insisted he did nothing wrong, before running past Alli and shielding behind a parked ice cream truck. At a close distance, Peterkin fired twice at Alvarez, before Alvarez returned fire five times. Alli also discharged his weapon three times from roughly 50 feet away. Peterkin got away, running down Vyse Ave. and ditching his 9mm gun under a parked vehicle. He was arrested five days later and taken to BronxCare Health System for treatment for his gunshot wounds. He was shot in the left arm and right hand, police said, and was grazed in the chest. Neither officer was struck, they were transported to an area hospital for tinnitus.