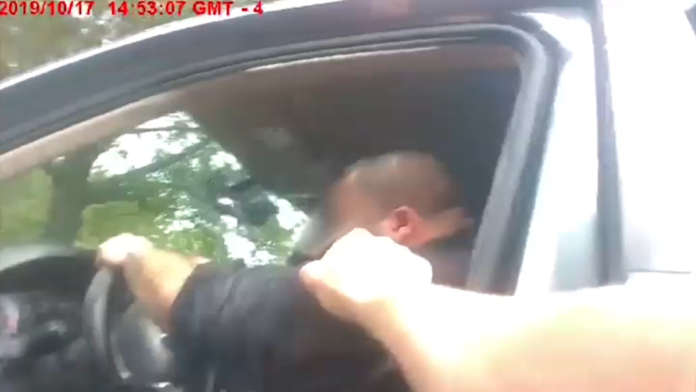 The body cam footage shows the moments leading up to the death of a 31-year-old man pulled over for a seatbelt infraction that escalated.

When officer discovered the man had warrants, the attempted to place him under arrested and he violently resisted.

WNBC reported: It lead to a scuffle inside the vehicle where a stun gun was deployed and the Volkswagen SUV’s gear was shifted back and forth. As the car was put into reverse, an officer on the driver’s side had to let go of Feliz and jump out of the way to avoid getting hit by the car, according to NYPD Chief Terence Monahan in the days after the incident.

After about a minute and a half of fighting, the sergeant opened fire, shooting Feliz in the chest.

Feliz’s family had been asking the NYPD to turn over the footage since the shooting, which their attorney says was not justified and racially motivated.