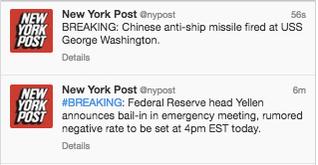 The hacked account sent a series of false tweets on military and economic subjects. The same tweets were also seen on the Twitter account of the wire service UPI. 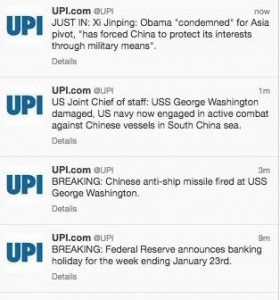 That account later deleted the acknowledgement and started rolling out suspicious tweets of its own.