NASHVILLE — Off-duty Officer Gordon Stovall’s calm presence in unexpected, frightening circumstances, coupled with outstanding, coordinated police work, led to the apprehension of a gunman who carjacked a mother and her 11-year-old son Wednesday at 11 p.m. at Kroger, 5544 Old Hickory Boulevard.

Still in uniform and in his marked patrol car, Officer Stovall had just completed his evening shift at the East Precinct when he stopped at Kroger to purchase groceries. Upon his arrival, he saw a woman waving her hands in the air. As he approached the woman, he saw a gunman, convicted felon Devan Thompson, 31, nearby holding her 11-year-old son at gunpoint. Officer Stovall immediately began giving repeated commands for Thompson to drop his weapon and release the boy. Thompson pushed the boy away and fled in the woman’s 2004 Chevrolet Cavalier.

Officer Stovall pursued Thompson onto I-40 and then Stewarts Ferry Pike where he crashed into a ravine near Lebanon Pike. Canine Officer John Gilpin and his partner Braxx approached the car. As Braxx entered the vehicle, Thompson began striking the canine with an ice scraper. After a brief struggle, Braxx was pulled out. As Hermitage Precinct Officer Brett Johns took Thompson into custody, Thompson bit Officer Johns on the arm. Officer Johns was treated for his injury. Braxx was checked out by a veterinarian and released back to duty.

Thompson was transported to Vanderbilt University Medical Center for injuries he sustained in the vehicle crash. A nine-millimeter pistol was recovered from the car.

The female victim reported that she noticed Thompson following her and her son inside the store before he approached her and asked what kind of vehicle she drove. When she told him that it was none of his business, he allegedly grabbed her son. She saw a pistol sticking out of Thompson’s sweatshirt pocket. She told him that she would give him the keys to her car if he would let her son go. Thompson then escorted both of them outside into the parking lot where he asked her to show him where her vehicle was parked. At that point Officer Stovall was pulling into the parking lot.

Upon his release from the hospital, Thompson, who has previous convictions for attempted aggravated robbery and evading arrest, will be charged with two counts of aggravated kidnapping, theft of a vehicle, two counts of assaulting an officer, and felon in possession of a handgun. 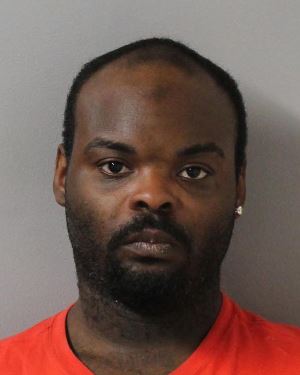