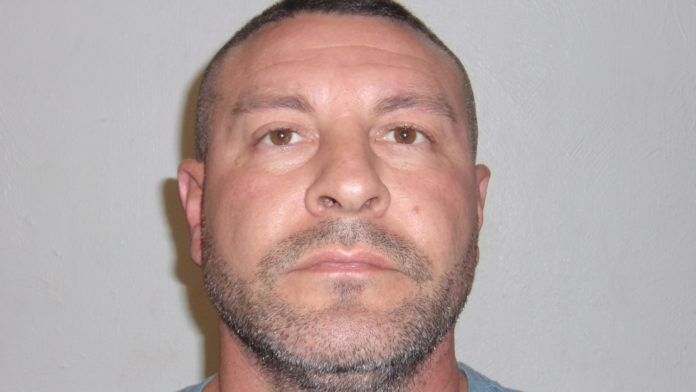 PURCELL, Okla. – Oklahoma State Bureau of Investigation (OSBI) agents arrested a Purcell, Okla., police officer who was accused of sexually assaulting a woman in August while he was on duty. The Purcell Police Department requested OSBI assistance on August 13, 2020, after the allegations against 41-year-old Jason Baca were made by the 37-year-old female.

Baca started working as an officer with the Purcell Police Department in 2019. He has been on paid administrative leave since the investigation was initiated. An arrest warrant was issued for him this morning and he turned himself in at the Purcell Police Department without incident. He is facing one count of Sexual Battery and is in the McLain County Jail on a $50,000 bond.