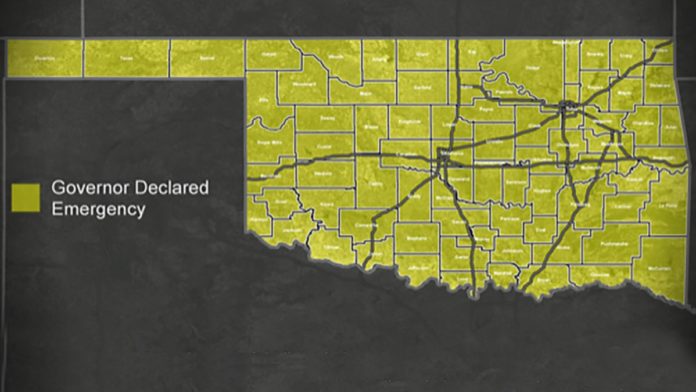 A State of Emergency is in effect for all 77 counties in Oklahoma due to flooding, severe storms, tornadoes, and straight-line winds that began in April and are still affecting the state.

As a result of flooding and severe weather impacts across the state, the State Emergency Operations Center has also been activated.

It has been confirmed that at least six people have died in the storms and that number is expected to rise as flooding remains a threat.

Under the Executive Order, state agencies can make emergency purchases and acquisitions needed to expedite the delivery of resources to local jurisdictions. The declaration also marks a first step toward seeking federal assistance should it be necessary.