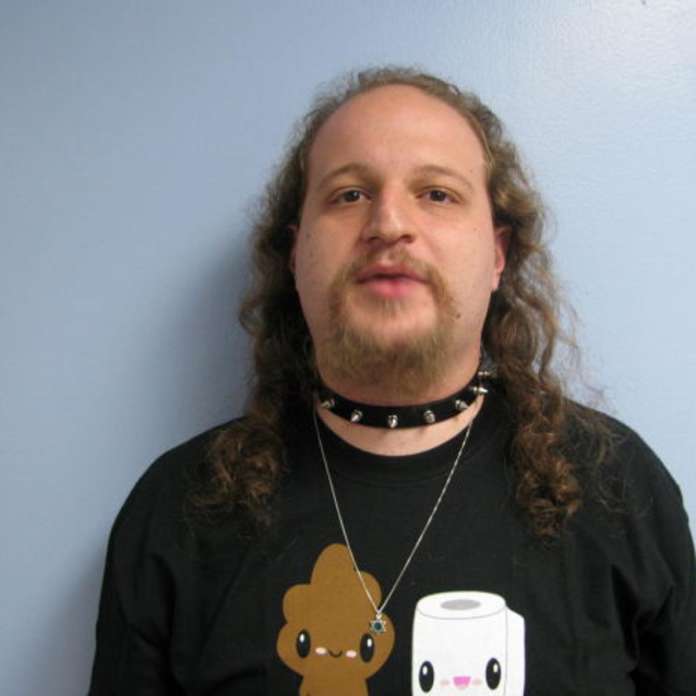 TRENTON, NJ – Attorney General Gurbir S. Grewal and Colonel Patrick J. Callahan today announced that a registered sex offender has been arrested after he allegedly traveled from Oklahoma to New Jersey to meet two men who had offered him access to underage girls for sex. In reality the defendant had been communicating with two undercover detectives from the New Jersey State Police and U.S. Homeland Security Investigations (HSI).

Aaron Craiger, 33, was arrested on Wednesday, March 18, by detectives from the New Jersey State Police and special agents from HSI at a motel in Atlantic City where he had stayed overnight after traveling by bus from his home state of Oklahoma. He allegedly planned to meet the two men on Wednesday so he could sexually assault two underage victims. Craiger believed that one man was bringing his 12-year-old daughter for sex, and the second man was bringing his girlfriend’s 11-year-old daughter. Craiger had condoms with him, as well as a small amount of marijuana, which he had said that he wanted to smoke with the girls. In text exchanges with the undercover detectives, Craiger allegedly detailed the sexual acts he wanted to perform with the girls. He allegedly sent them 10 files of child pornography, and child pornography was found on his phone when he was arrested.

“If the coronavirus can’t stop sex offenders from traveling to New Jersey to prey on children, we will,” said Attorney General Grewal. “With the number of children who are home from school and accessing the internet due to the pandemic, it’s critical that parents talk to their children about the dangers of social media and warn them that there are predators like Craiger lurking online who are willing to go to very great lengths to locate and reach victims. Had we not arrested Craiger, the allegations indicate he would likely have continued to seek underage girls to sexually exploit.”

“The extraordinary lengths that Craiger went through to allegedly sexually assault two young girls should serve as a stark reminder to parents that although their children may be safe at home due to the coronavirus, online predators continue to seek out victims and are willing to travel across the country to commit these abhorrent crimes,” said Colonel Patrick Callahan, Superintendent of the New Jersey State Police. “We will never cease our pursuit of online predators and remain committed to working with our partners to protect New Jersey’s children.”

“The State Police, Division of Criminal Justice, Homeland Security Investigations, and our other partners on the Internet Crimes Against Children Task Force are working tirelessly to protect children through these proactive investigations.” said Director Veronica Allende of the Division of Criminal Justice. “Our message to sexual predators is that if you target our children, we will target you and put you behind bars.”

“This arrest makes clear that even in the midst of the current COVID-19 pandemic, predators who seek to victimize the most vulnerable members of our communities for their own sexual gratification will be caught and brought to justice,” said Brian Michael, Special Agent in Charge, HSI Newark. “We wish to acknowledge all of the other law enforcement partners who made it possible to arrest this despicable individual, as well as the efforts of HSI Atlantic City. In the midst of the current health crisis, this should be reassuring for parents throughout the state concerned for their children’s well-being.”

Craiger was arrested in an investigation by the New Jersey State Police Internet Crimes Against Children Unit, U.S. Homeland Security Investigations in Newark, and the Division of Criminal Justice Financial & Cyber Crimes Bureau. He will be prosecuted by the Division of Criminal Justice. Craiger was charged by complaint-warrant with the following crimes:

A cell phone and external hard drive were seized from Craiger upon arrest. Full forensic examinations of those devices will be conducted to determine whether they contain evidence of any other criminal activity or information about potential victims.

Craiger is being held in the Atlantic County Jail pending a detention hearing scheduled for March 24. Craiger is registered as a sex offender as the result of a 2006 conviction for rape in Oklahoma County, Oklahoma. He also was convicted in Oklahoma in 2011 on a charge of failing to register as a sex offender.