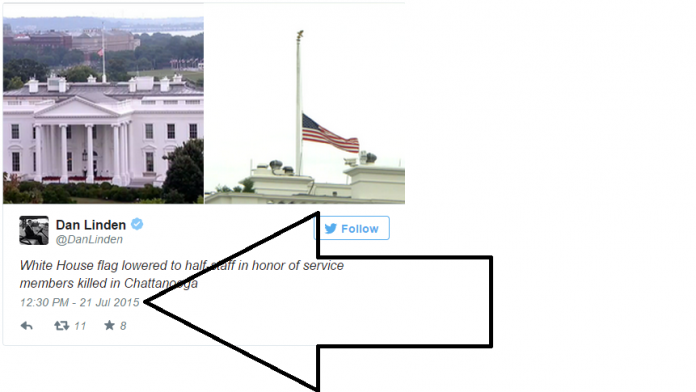 The Hill reports that President Obama has ordered flags at the White House and other public buildings to fly at half-staff after mounting criticism over the delay in honoring five armed forces members killed last week by a gunman.

Obama’s proclamation calls for the flags to remain at half-mast through Saturday “as a mark of respect for the victims of the senseless acts of violence perpetrated on July 16.” 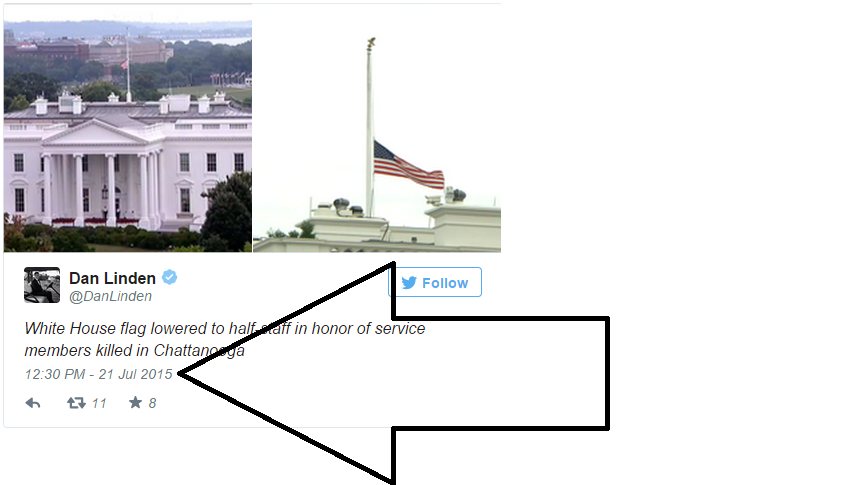 “Our thoughts and prayers as a Nation are with the service members killed last week in Chattanooga. We honor their service. We offer our gratitude to the police officers and first responders who stopped the rampage and saved lives,” Obama said in a presidential proclamation released Tuesday.

“We draw strength from yet another American community that has come together with an unmistakable message to those who would try to do us harm: We do not give into fear. You cannot divide us. And you will not change our way of life.”