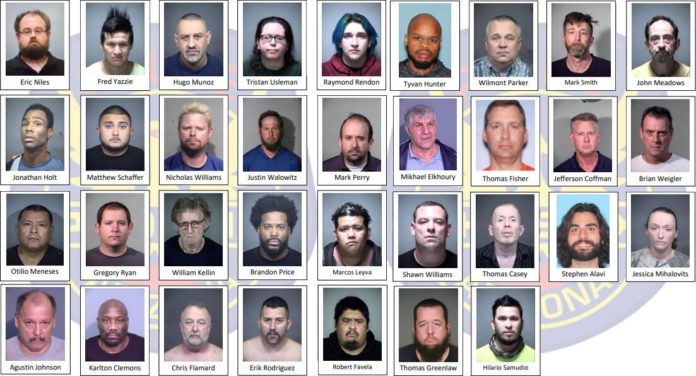 “This multiagency operation is just one of many examples that underscores the importance of working together with our local and state law enforcement partners to take these alleged predators off the streets,” said Scott Brown, special agent in charge for HSI Phoenix. “The relentless work by all resulted in an impressive number of arrests. We will continue our unwavering commitment to serve and protect our community against anyone seeking to sexually exploit our most vulnerable population.”

Operation Broken Hearts was an undercover operation targeting sexual predators engaged in child sex crimes and human trafficking. Throughout the operational period, officers and undercover detectives placed ads on websites and apps which are commonly sought out by suspects seeking illegal sex acts with children. These 37 suspects solicited and/or brokered deals for various sex acts and were subsequently arrested.

Each year, these agencies come together to conduct operations of this type in a continuous effort to reduce the demand that fuels child and human sex trafficking from our communities. The suspects in the latest operation ranged in age from 21 to 66-years-old.