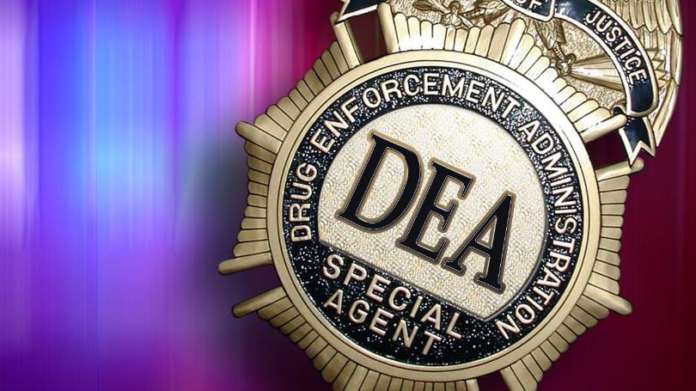 LOUISVILLE, Ky. — The United States Drug Enforcement Administration this week announced the conclusion of Operation Crystal Mountain, a sweeping enforcement action spanning three states. DEA special agents, working closely with their state and local counterparts throughout Kentucky, Tennessee and West Virginia targeted Mexican drug cartels, drug trafficking organizations and other individuals involved in the manufacturing and distribution of methamphetamine. More than 800 pounds of methamphetamine were interdicted or seized during the operation. 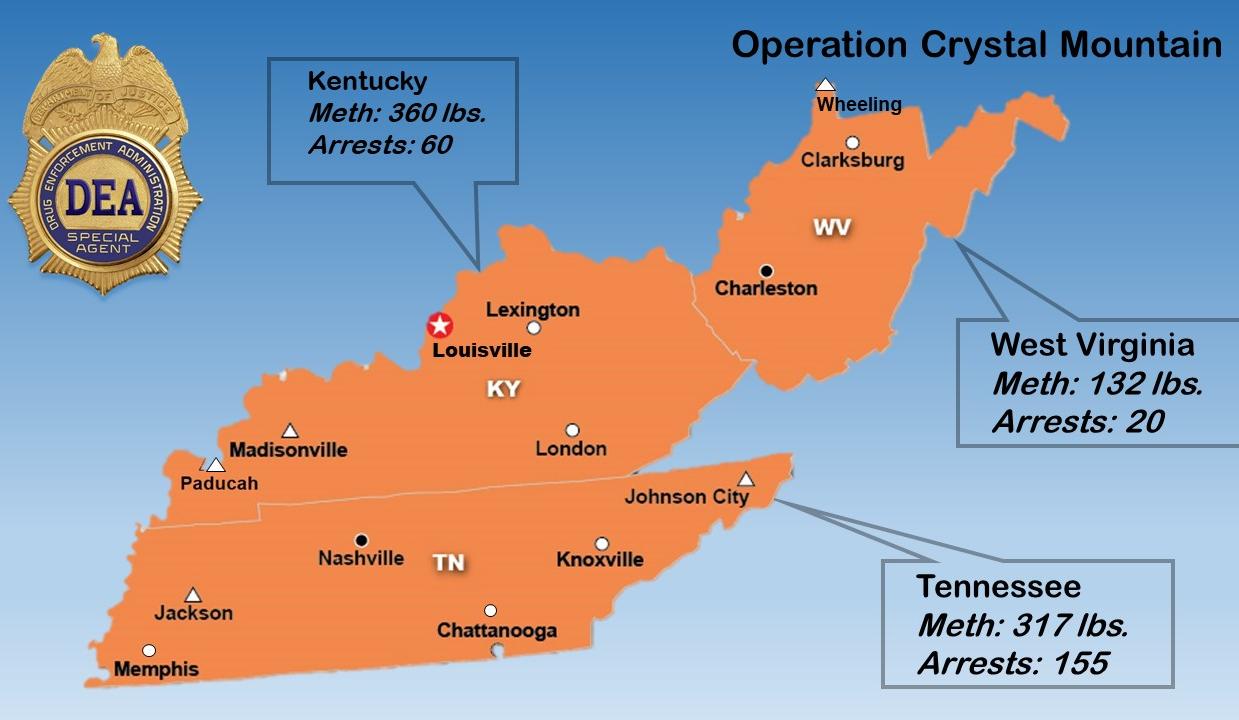 “Everyone has a right to live in safety. The amount of drugs and weapons we’ve taken off the street with this operation, along with the number of drug dealers that we’ve locked up, represents a small victory in our on-going fight for safer communities for us all,” said Special Agent in Charge of DEA’s Louisville Division Office D. Christopher Evans. “While America’s opioid crisis may dominate headlines, Operation Crystal Mountain should serve as a reminder that methamphetamine is a problem that has never gone away. The dedicated men and women of DEA, working closely with state and local law enforcement, are relentless in their efforts to rid our neighborhoods of dangerous drugs and bring to justice those who distribute them, wherever they may be.”

Operation Crystal Mountain is the culmination of several investigations that began earlier this year. Since January, DEA special agents from the Louisville Field Division, with support from state and local law enforcement agencies across the region, have arrested 235 individuals on federal drug-related charges and seized more than $800,000 in cash and 52 firearms, as well as significant quantities of heroin, fentanyl and other drugs. During this same timeframe, DEA assisted its state and local counterparts with the arrest of 140 additional offenders on state-level drug charges.