YORK COUNTY, SC – Ten potential child predators have been arrested. For multiple days during the month of March, the York County Sheriff’s Office along with 13 other state and federal law enforcement agencies participated in an online child exploitation investigation called “Operation Home Alone”. 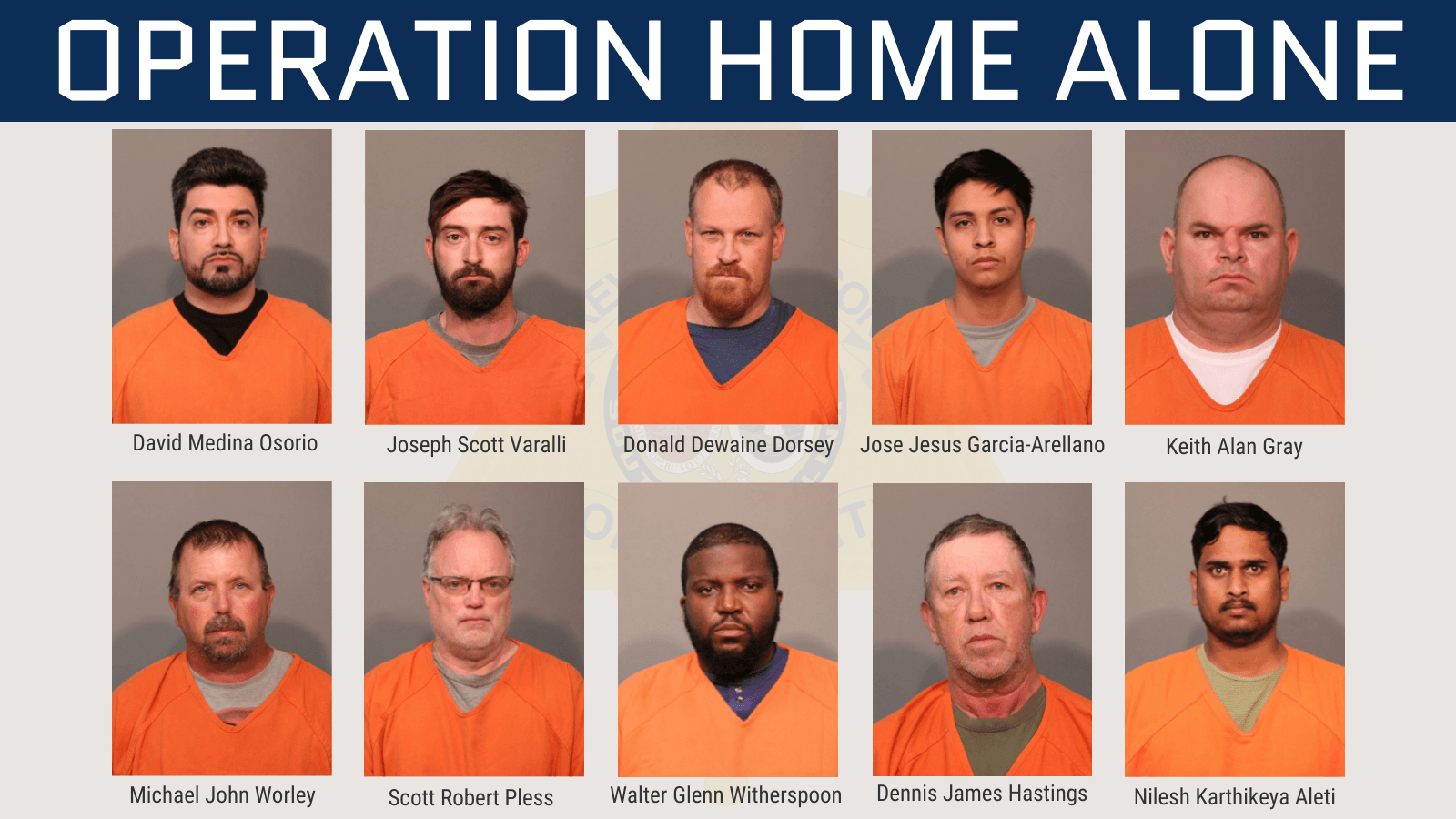 At any given time, there were 25-40 officers, analyst, and additional staff members working diligently during this operation.  Officers were online in numerous social media applications and were contacted by these suspects.

Seven of the ten arrestees, dubbed as travelers, actually came to the residence or attempted to come to the residence of the operation. These men believed they were traveling to a location to have a sexual encounter with a minor. The ages of the children they thought they were coming to have sex with were 10 to 17-years-old.

“We want our communities safe, we want our internet safe,” said Sheriff Kevin Tolson. “If these suspects had not been identified and arrested talking to an officer, they would likely have been talking to a live child victim.”

These suspects target children online. More often than not, they have been a hands-on offender at some point with a victim who may or may not have ever come forward.

“The message we need to communicate to parents in our community is, it’s extremely important to know what your children are doing on their phones,” said Sheriff Tolson. “Know what your child’s passwords are, know what apps they are using, and check them from time to time to see who they are talking with in chat rooms or texts.”

Additional suspects are still being identified. Once they are positively identified and located, they will be arrested. The investigation is ongoing.

During a similar investigation in November 2019, 15 arrests were made.