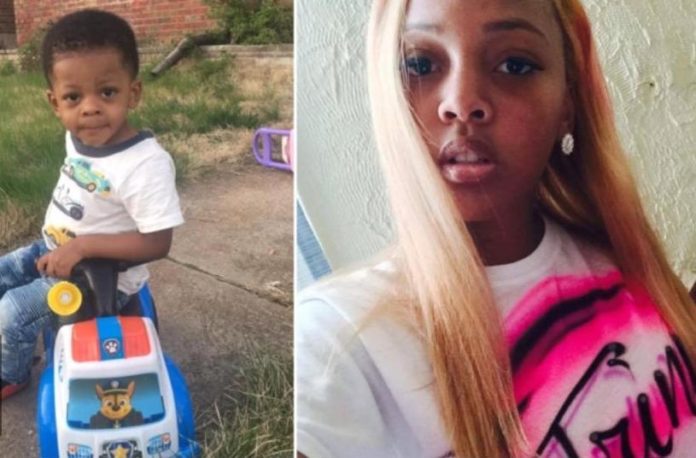 The FBI is offering a reward of up to $25,000 for information leading to the identification and arrest of the individual(s) responsible for the homicide of Trina’ty Riley and Kayden Johnson.

The FBI’s St. Louis Field Office and the St. Louis Metropolitan Police Department are asking for the public’s assistance in locating the individual(s) responsible for the death of 18-year-old Trina’ty Riley and her 2-year-old son Kayden Johnson.

On April 30, 2019, officers with the St. Louis Metropolitan Police Department were dispatched to a shooting at a residence in St. Louis, Missouri. When police arrived on scene, they found the mother and her toddler were fatally shot inside their own home. There is no known motive for the crime.

The child’s father, Elijah Johnson, told KMOV he was heading to work when he got the hardest call of his life.

“Just a lot of pain, it was unbelievable. I could not believe it,” Johnson said.

The case is being investigated as part of the Department of Justice’s Operation Legend, a coordinated federal and local law enforcement initiative to fight violent crime.

Anyone with information regarding this case is encouraged to call the FBI St. Louis Field Office at (314) 589-2500, the FBI tip line at 1-800-CALL-FBI, or the St. Louis Regional CrimeStoppers at 1-866-371-TIPS. You may submit tips online at tips.fbi.gov, or contact your local FBI office, or the nearest American Embassy or Consulate.