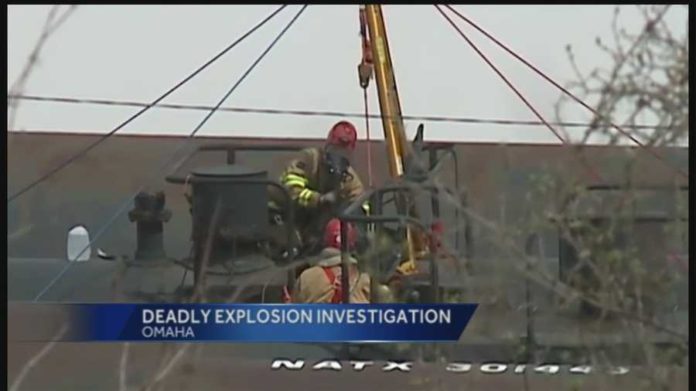 Steven Michael Braithwaite, Adam Thomas Braithwaite and their company Nebraska Railcar Cleaning Services LLC (NRCS) were sentenced [Friday] in Omaha, Nebraska, for willful violations of worker safety standards that resulted in two worker deaths, knowing violations of the Resource Conservation and Recovery Act (RCRA) involving hazardous waste and knowing endangerment to others, knowing submission of false documents to the Occupational Safety and Health Administration (OSHA) and perjury. Steven Braithwaite will serve 30 months in prison and pay $100,000 in restitution for his role in the offenses. Adam Braithwaite will serve one year and one day in prison and pay $100,000 in restitution. In addition, NRCS and the individual defendants must serve five years of probation and pay a $21,000 fine.

According to court documents, on April 14, 2015, NRCS workers were inside and on top of a rail tanker car, removing petroleum residue from inside the tank, when flammable gases in the tanker car ignited and exploded. Two workers died and another was injured in the blast. NRCS took the job after receiving an inquiry from one of its customers in January 2015. The inquiry included a Safety Data Sheet (SDS) for the product in the railcar, describing it as “natural gasoline” with a “severe” class four flammability rating (the highest rating). The SDS went on to indicate that the natural gasoline would ignite at zero degrees Fahrenheit and that it contained benzene, a “cancer hazard.”

Despite no test for benzene and an unacceptably high explosive gas level test at the beginning of the job, NRCS sent two of its employees into the tanker car. The employees began removing the toxic, ignitable residue, with a third employee helping from outside. The third employee pulled bucket loads of waste up through the top hatch and dumped them into a regular dumpster to be taken to a municipal landfill, even though the residue was hazardous waste. Approximately one hour after the cleaning began, a spark caused the deadly explosion.

As the defendants admitted in their plea agreements, prior to the explosion, OSHA officials conducted regulatory inspections of NRCS, and cited NRCS and its principals for violating OSHA safety regulations concerning confined space entries. Rail tanker cars are “confined spaces” under the Occupational Safety and Health Act. Confined spaces are dangerous because they may be filled with toxic, explosive, or unbreathable gases, among other reasons. After an inspection of NRCS, Steven Braithwaite entered into a Feb. 5, 2015, written agreement in which he represented that NRCS had been testing for benzene since July 2014. That was a lie. OSHA returned to NRCS in March 2015 to conduct a follow-up inspection, but Steven Braithwaite turned away the inspectors. Afterwards, Adam Braithwaite submitted falsified documents to OSHA purporting to show that NRCS had been purchasing equipment to test the contents of railcars for benzene and had taken other required safety precautions. NRCS had not been taking those steps. Adam Braithwaite also falsely testified under oath in an OSHA hearing that NRCS had been purchasing the benzene testing equipment.

“Every worker, including every worker doing a dangerous job, has a right to a safe workplace,” said Assistant Attorney General Todd Kim of the Justice Department’s Environment and Natural Resources Division. “Tragically, two workers suffered preventable deaths at Nebraska Railcar Cleaning Services because of the defendants’ failure to follow the law. Today’s sentences provide a measure of justice for them and their families.”

“The defendants’ decision to ignore environmental and worker safety regulations led to the tragic death of two workers,” said Acting Assistant Administrator Larry Starfield for the Environmental Protection Agency (EPA)’s Office of Enforcement and Compliance Assurance. “Today’s sentencings send a clear message that individuals who intentionally violate these laws will be held responsible for their crimes.”

“Steven and Adam Braithwaite disregarded OSHA regulations, ignored safety protocols, and provided false information to OSHA, which resulted in the tragic loss of two lives,” said Special Agent-in-Charge Steven Grell of the Department of Labor’s Office of Inspector General Dallas Region, which includes Nebraska. “We will continue to work with OSHA and our law enforcement partners to hold accountable those who obstruct Department of Labor agencies from fulfilling their missions.”

“Steven and Adam Braithwaite chose to protect themselves by providing false documentation to OSHA after the death of two employees, making it appear they had followed safety requirements, but in fact, willfully ignored warnings indicating a risk of explosion and sent these two men into a deadly situation,” said Regional Solicitor Christine Heri of the U.S. Department of Labor- Chicago. “The Department of Labor is committed to bring justice to the families of these workers and to hold employers responsible to their legal obligation to protect workers on the job.”

The case was investigated by the EPA’s Criminal Investigation Division and the Department of Labor’s Office of Inspector General. Senior Counsel Krishna S. Dighe of the Department of Justice, Environmental Crimes Section and Assistant U.S. Attorney Donald J. Kleine of the District of Nebraska are prosecuting the case.