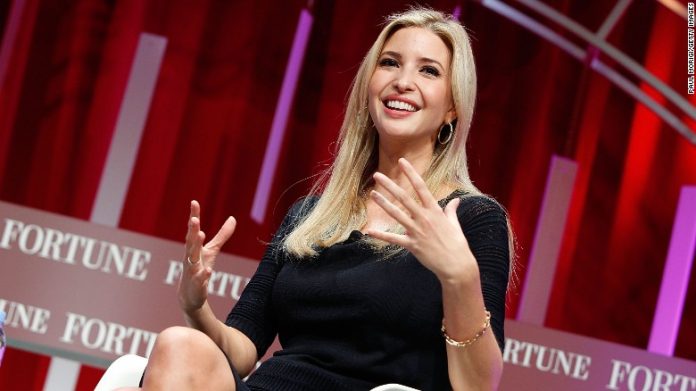 This has been an … interesting week for air travel — and not just because of the holiday rush.

On Thursday morning, Ivanka Trump, President-elect Donald Trump’s daughter and perhaps de facto first lady, was the target of a fellow JetBlue traveler’s ire. According to TMZ, “an out-of-control passenger” on Trump’s commercial flight out of JFK “began verbally berating her and ‘jeering’ at her (three kids).”

The unidentified passenger, holding his own child at the time, reportedly told Trump, who was flying coach with her family, “Your father is ruining the country.” He went on to express surprise that Trump, whose father owns his own 757 Boeing jet, was traveling with the masses. “Why is she on our flight,” he said. “She should be flying private.” Eventually the passenger was escorted off the plane by airline personnel.

Although the disgruntled passenger has yet to be identified, one Twitter user, Matt Lasner, a professor at Hunter College in New York, posted on the social media platform about the incident. 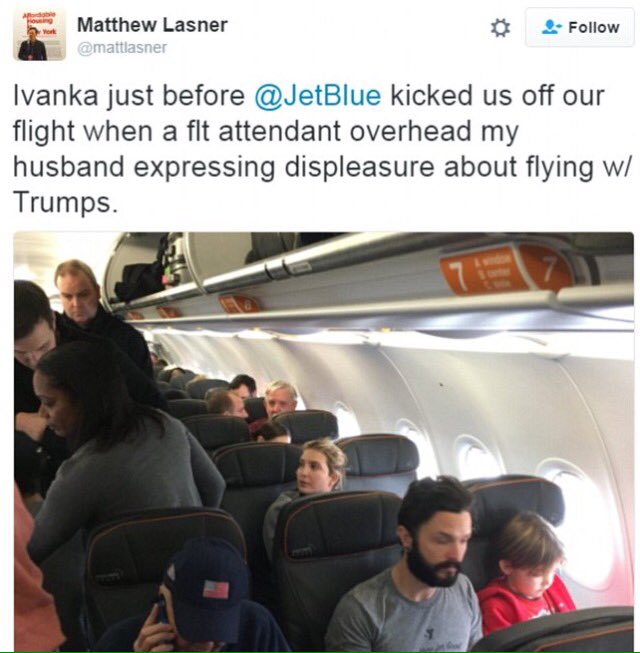 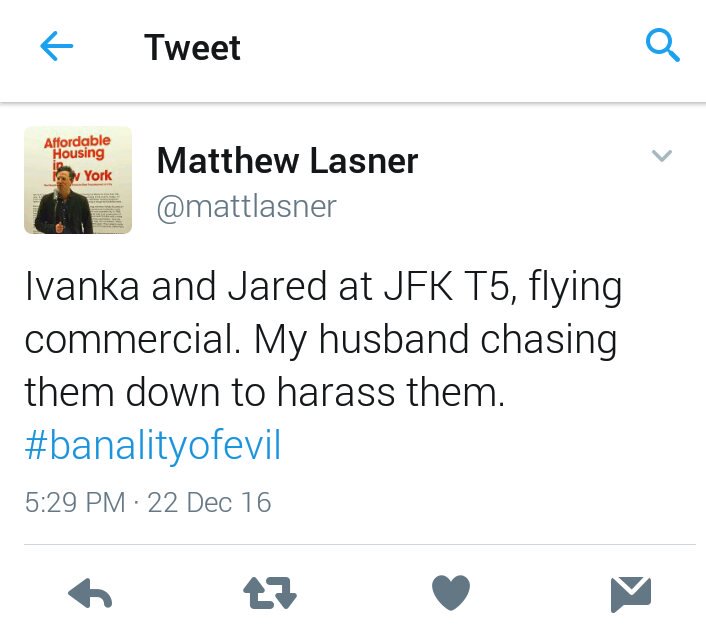 In since deleted tweets, Lasner, who specializes in urban housing policy, wrote that he and his husband were “kicked off the plane” after his husband “expressed displeasure in a calm tone.” In a previous tweet Lasner wrote that the couple had spotted Ivanka and her husband Jared Kushner and that his husband “was chasing them down to harass them.”

So far there’s been no official word from the Trump team regarding the incident, but JetBlue did release a statement:

“The decision to remove a customer from a flight is not taken lightly. If the crew determines that a customer is causing conflict on the aircraft, the customer will be asked to deplane, especially if the crew feels the situation runs the risk of escalation during flight. In this instance, our team worked to re-accommodate the party on the next available flight.”