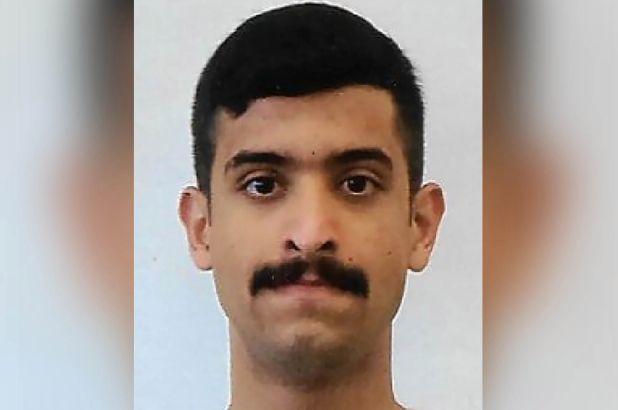 I want to thank the FBI and the other federal, state, and local law enforcement agencies involved in responding to and investigating the incident for their rapid and excellent work. Many people worked long hours through the holidays, and I am grateful for their diligence and commitment to seeing this through. You will be hearing from Deputy Director Bowdich shortly about the details of the FBI investigative work, which was superb.

On Dec. 6, 2nd Lt. Mohammed Saeed Alshamrani, a member of the Royal Saudi Air Force, entered a building on the grounds of Pensacola Naval Air Station and killed three U.S. sailors and severely wounded eight other Americans. Alshamrani was killed during the attack.

This was an act of terrorism.

The evidence shows that the shooter was motivated by jihadist ideology. During the course of the investigation, we learned that the shooter posted a message on social media on Sept. 11 of last year that said: “the countdown has begun.” Over Thanksgiving weekend, he visited the 9/11 Memorial in New York City. He also posted other anti-American, anti-Israeli, and jihadi messages on social media, and did so two hours before his attack at the naval base.

After Alshamrani entered the building and cased the facility, he proceeded to walk around shooting down his unarmed victims in cold blood.

During and after this heinous attack, there were many specific acts of courage, and I want to draw special attention to two U.S. Marines: Gunnery Sgt. Ryan Maisel and Staff Sgt. Samuel Mullins.

They were outside the building when they heard gunfire and, although unarmed, they ran into the building to confront the shooter. Their only weapon was a fire extinguisher that they had pulled off the wall as they ran toward the gunfire. Who but the Marines?

Although they were unable to engage the shooter, they helped save many lives by performing CPR and other medical aid on the victims.

I would also like to mention the heroic acts of Navy Airman Ryan Blackwell. The shooter shot Airman Blackwell five times, yet Ryan still managed to jump on top of a fellow sailor to keep her from being shot. He further assisted other students and helped them escape, all while taking additional fire from the shooter. Airman Blackwell’s heroic acts also saved countless lives that day.

We are grateful as well for the bravery of the base personnel and local law enforcement responders who initially arrived at the scene and engaged the shooter.

I would also like to address the cooperation of the Kingdom of Saudi Arabia.

The Kingdom of Saudi Arabia gave complete and total support for our counter-terrorism investigation, and ordered all Saudi trainees to fully cooperate. This assistance was critical to helping the FBI determine whether anyone assisted the shooter in the attack.

17 had social media containing some jihadi or anti-American content. However, there was no evidence of any affiliation or involvement with any terrorist activity or group. 15 individuals (including some of the 17 just mentioned) had had some kind of contact with child pornography. While one of these individuals had a significant number of such images, all the rest had one or two images, in most cases posted in a chat room by someone else or received over social media.

The relevant U.S. Attorneys offices independently reviewed each of the 21 cases involving derogatory information and determined that none of them would, in the normal course, result in federal prosecution.

However, the Kingdom of Saudi Arabia determined that this material demonstrated conduct unbecoming an officer in the Saudi Royal Air Force and Royal Navy and the 21 cadets have been dis-enrolled from their training curriculum in the U.S. military and will be returning to Saudi Arabia (later today).

The Kingdom has assured me that it will review each of these cases under their code of military justice and criminal code. The Kingdom has also agreed that we will have full access to anyone we want to interview in Saudi Arabia and any documents relevant to our investigation. Indeed, it has already been providing documents. Further, the Kingdom has assured us that, if we later decide to charge any of those being sent back to Saudi Arabia in connection with this counterterrorism investigation, it will return them for trial.

We appreciate Saudi Arabia’s cooperation in this case.

Finally, I want to address an issue regarding the shooter’s phones.

Within one day of the shooting, the FBI sought and received court authorization based on probable cause to search both phones in an effort to run down all leads and figure out with whom the shooter was communicating.

During the gunfight with first responders, the shooter disengaged long enough to place one of the phones on the floor and shoot a single round into the device. It also appears the other phone was damaged.

Our experts at the FBI crime lab were able to fix both damaged phones so they are operational.

However, both phones are engineered to make it virtually impossible to unlock them without the password. It is very important to know with whom and about what the shooter was communicating before he died.

We have asked Apple for their help in unlocking the shooter’s iPhones. So far Apple has not given us any substantive assistance. This situation perfectly illustrates why it is critical that investigators be able to get access to digital evidence once they have obtained a court order based on probable cause. We call on Apple and other technology companies to help us find a solution so that we can better protect the lives of Americans and prevent future attacks.