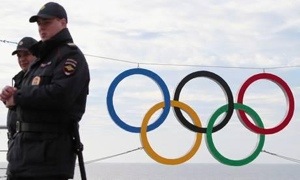 US military and intelligence officials have been studying contingency plans for evacuating Americans from the Winter Olympics in Sochi, south Russia, next month in the face of concerns about possible terror attacks by militants.

The officials believe there would be major obstacles to mounting a large-scale rescue effort as Russia has historically been reluctant to allow foreign military forces – especially those of the US – on Russian territory, according to a source familiar with Obama administration discussions.

The White House thinking was revealed as a video published on a Chechen extremist website on Sunday claimed to show two would-be suicide bombers warn of a “surprise package” for Russia and Olympic spectators in Sochi next month. The pair, dressed in ordinary clothing, said those attending the Games would not be safe while forces sent by President Vladimir Putin occupy the North Caucasus region. The US was reported by ABC News to be studying the video.