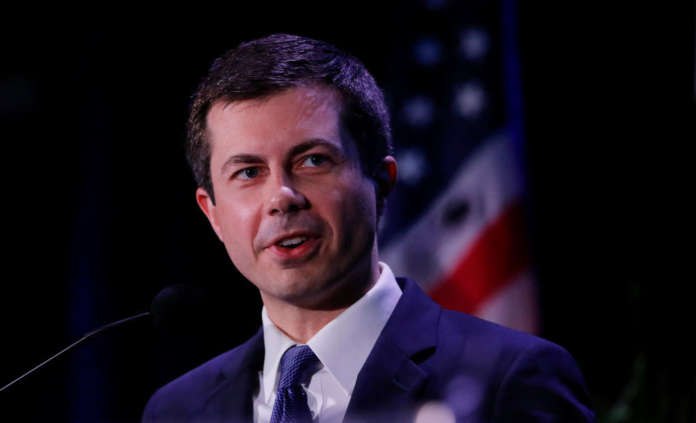 Former Mayor Pete Buttigieg ended his campaign for the Democratic Party nomination in a race for the White House on Sunday, bringing a conclusion to a year-long campaign after early wins gave way to a more recent losses in Nevada and the South Carolina primary, according to U.S. media reports.

Buttigieg experienced a surge of support that brought him to the top tier of the Democratic field, defying expectations for months. Despite barely edging out Senator Bernie Sanders in the Iowa caucuses, the former mayor of South Bend, Indiana was unable to snag enough ballots in more diverse states to keep going.

The Afghanistan War veteran shattered expectations in a field of big-name candidates for months while becoming the first publicly gay top contender for a Democrat or Republican nomination. He launched his campaign into the national scene a year ago.

The candidate is expected to address supporters from South Bend at 8:30 p.m. ET. Aides have told CNN that he wanted to step aside so that he does not take away delegates from a more popular candidate.

Over the 322 days he campaigned, Buttigieg set himself up as a moderate candidate in the same general camp as moderate front-runners former Vice President Joseph Biden and former New York City Mayor Michael Bloomberg.

When a candidate drops out of a primary race, the pledged delegates they won up to that point are able to support any candidate they wish at the Democratic National Convention in July. However, many of the delegates of a former candidate could change their support based on an endorsement.

Should Buttigieg give an endorsement to a fellow Democratic moderate such as Biden, Bloomberg or Klobuchar, it could serve as a strong challenge to the front-runner status to Sanders, a self-described democratic socialist that leads a progressive wing that also includes candidate Senator Elizabeth Warren.