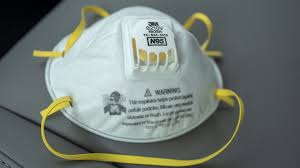 Manhattan U.S. Attorney Geoffrey S. Berman said: “As alleged, Richard Schirripa exploited an unprecedented crisis to engage in profiteering. He allegedly spent over $200,000 accumulating N95 masks and then sold masks at inflated prices, charging customers up to 50% more than he had paid to acquire those N95 masks. As alleged, during a sale to an undercover officer, Schirripa said, ‘I feel like a drug dealer.’ He also allegedly committed several additional, unrelated crimes, including lying to law enforcement, defrauding Medicare and Medicaid, and exploiting the personal information of his pharmacy’s customers to fill prescriptions.”

HSI Special Agent in Charge Peter C. Fitzhugh said: “At this time when our nation is battling the COVID-19 pandemic and we expect that our healthcare professionals are standing in solidarity with us, the defendant, Richard Schirripa, a licensed pharmacist, allegedly sought to capitalize and profit from the suffering of others. As the pandemic was starting to take shape in March and April of 2020, Schirripa allegedly began hoarding desperately needed Personal Protection Equipment (PPE). As demand for the PPE was peaking, he then purportedly took the opportunity to sell the hoarded PPE at prices as much as 50% above his acquisition costs. HSI, along with law enforcement partners, and the United States Attorney’s Office, Southern District of New York, will tirelessly pursue those in our society who choose to put their personal greed and gain ahead of the laws of the United States and our fellow citizens.”

USPIS Inspector in Charge Philip R. Bartlett said: “As alleged, Mr. Schirripa chose to amass a stockpile of PPE, specifically N95 masks, which were desperately needed for the safety of frontline workers. He then allegedly used this crisis to jack up the price of this equipment. Thankfully, the ‘mask man’ has been unmasked by law enforcement and brought to justice for his alleged greedy crimes.”

DEA Special Agent in Charge Raymond Donovan said: “There is no place in our city for a licensed pharmacist to allegedly victimize New Yorkers, especially at a time when people’s priority is their health and safety. I applaud our law enforcement partners for their collaborative efforts throughout this investigation.”

According to the allegations in the Complaint:

Schirripa engaged in at least three different criminal schemes: (1) hoarding and price gouging of thousands of N95 masks in late March and April 2020, in violation of the Defense Production Act (“DPA”); (2) lying to officers of the Drug Enforcement Administration (“DEA”) on two occasions in early 2020; and (3) causing Medicare and Medicaid to be billed for prescriptions based on false representations, from 2014 to 2019, as well as using his pharmacy patients’ identifying information, without authorization, in connection with his health care fraud scheme.

As for the first scheme, from at least late March to April 2020, during the COVID-19 global pandemic, Schirripa engaged in hoarding and price gouging of thousands of 3M N95 masks. Between February and April 8, 2020, Schirripa purchased at least approximately $200,000 worth of N95 masks. On March 25, 2020, the DPA was invoked, making it a crime to engage in hoarding or price gouging of specified equipment, including the types of masks Schirripa had. Schirripa admitted to law enforcement that he was aware of the DPA and its restrictions on price gouging and hoarding. Nevertheless, in the two weeks after March 25, 2020, Schirripa (1) continued to add to his stockpile of N95 masks by buying thousands of additional N95 masks; and (2) charged his customers inflated prices in connection with at least approximately 50 sales that, together, yielded approximately $50,000 in sales revenue. For instance, Schirripa charged up to $25 per mask for a mask that he purchased for $20 per mask and that generally costs an end-user only approximately $1.27, according to 3M, the manufacturer. Moreover, Schirripa purchased another model of 3M N95 mask for $10 and repeatedly resold it for as much as $15, which constitutes a markup of 50%. His customers were in eight states and included funeral homes and doctors. Agents recovered approximately 6,660 masks from Schirripa.

Schirripa made various statements during this scheme. During a recorded call with an undercover agent (the “UC”), SCHIRRIPA said, “We’re in a time of emergency and shortage,” but added, “when you have something no one else has, it’s not a high price.” In a text message dated April 2, 2020, Schirripa bragged to a potential customer that he “saw it coming” and the “good thing is no one has them.” Schirripa repeatedly sold masks out of his car, including to the UC; during that sale, Schirripa told the UC, “I feel like a drug dealer standing out here.”

Second, in both January and February 2020, Schirripa made material false statements to the DEA. On each occasion, Schirripa falsely represented that as part of the recent closure of his pharmacy in New York, New York, he had transferred to others, sold, or destroyed all controlled substances. In fact, Schirripa remained in possession of thousands of controlled substance pills/patches, including fentanyl, oxycodone, and oxymorphone. These substances were all recovered from a safe in Schirripa’s home. When agents executed a search warrant at Schirripa’s home in April 2020, Schirripa acknowledged that these controlled substances were from his pharmacy and he needed to destroy them. There were nearly 4,000 pills/patches, in total.