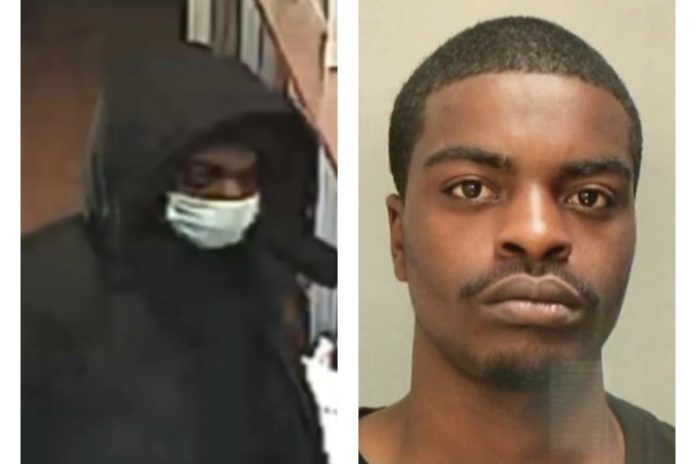 PHILADELPHIA — A Philadelphia rape suspect armed with cooking skewers stood in a Macy’s bathroom for 20 minutes before his victim walked in, police say.

District Attorney Larry Krasner on Wednesday announced rape and related charges following the arrest of Jaleel Uqdah, 22, for the February 21st assault in the Macy’s department store in Center City.

Uqdah is alleged to have assaulted the woman inside of a stall in a woman’s restroom located on the third floor of the department store last Sunday. The District Attorney’s Office today charged Uqdah with: Rape, Involuntary Deviate Sexual Intercourse, Aggravated Assault, Robbery, Sexual Assault , Unlawful Restraint, Possession of an Instrument of Crime, False Imprisonment, and related offenses.

Police say the 55-year-old victim was shopping with her husband when she entered the third floor restroom. Uqdah was holding 12-inch cooking skewers in his hand as a weapon, according to investigators. He allegedly jumped over her stall, forced her into another stall and raped her. He then fled the scene.

Police said Uqdah was waiting in the restroom for 20 minutes before the victim walked in.

“This is the kind of crime that tears apart society. Its terrible message to women is that they are not safe in society or in their daily lives. My heart goes out to the survivor of this attack, who deserves our gratitude and admiration for immediately having the courage to tell her story to her spouse and to police. This survivor is courageously making women safer from similar crimes in the future,” District Attorney Krasner said. “I want to thank the Philadelphia Police Special Victims Unit for their swift and effective investigation resulting in the arrest of Jaleel Uqdah this morning. Their professionalism and diligence are saying that women will be safer from similar crimes in the future. And I want to thank the Family Violence Sexual Assault Unit of my office, especially unit chiefs Branwen McNabb and Cheryl Yankolonis, for their diligence and cooperation with PPD in this and every other sexual assault matter.”

District Attorney Krasner continued: “We will vigorously and justly prosecute Mr. Uqdah for this terrible crime as well as the two other offenses. Our prosecution of Mr. Uqdah will also say that women must be and will be safe from similar crimes in the future. We are seeking to hold Mr. Uqdah in custody without bail pre-trial because of the extreme danger he presents to the community. We do not want Mr. Uqdah to be able to buy his freedom before trial with any amount of money.”

DAO Family Violence and Sexual Assault Unit Supervisor Branwen McNabb said: “I join District Attorney Krasner in thanking SVU Captain Mark Burgmann, Detective Vincent Strain, and all who worked diligently to bring this individual to justice — while providing compassionate support to the victim every step of the way. These prosecutions are truly a team effort with the Philadelphia Police and DAO victim/witness coordinators. We will do everything in our power to support healing and repair for this survivor, as we do all survivors of sexual violence. People should not be defined by the worst thing that has happened to them.”