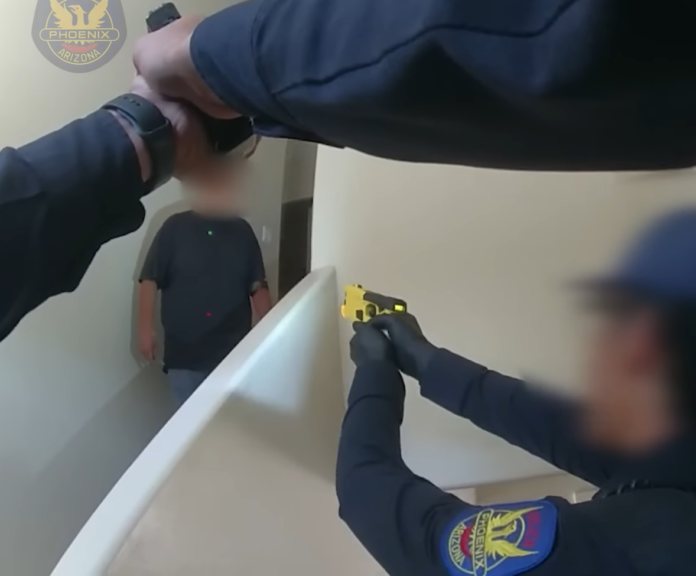 Bodycam video shows police officers tasing and fatally shooting a 22-year-old man allegedly armed with a knife at a mental health facility, authorities say. The Phoenix Police Department in Arizona said they responded to a call about a man who was apparently threatening to jump out the second-floor window.