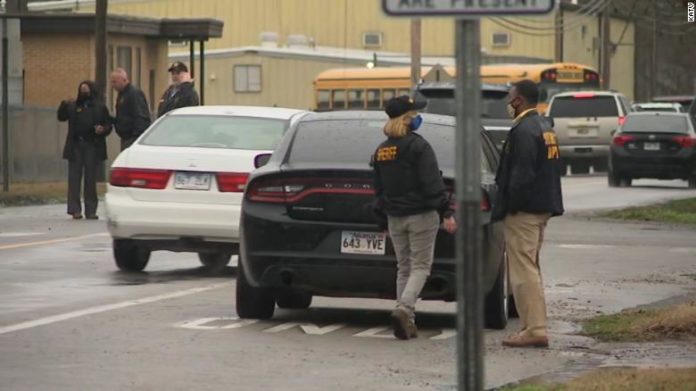 PINE BLUFF, Ark. — A 15-year-old student was shot by a classmate inside an Arkansas junior high school on Monday. Police reported the student died from his injuries but later retracted that statement.

CORRECTION: Pine Bluff police just reached out and say they made a mistake and that the 15-year-old student has NOT died. #Update #Breaking https://t.co/KKjUq2ZA9r

The incident occurred at Watson Chapel Junior High School in the city of Pine Bluff — which is 40 miles southeast of Little Rock.

Police say the shooter, who is also 15, opened fire in the hallway around 10:00 a.m. local time as classes changed.

He fled the scene but was later apprehended by police. The victim was airlifted to a hospital where his condition is unknown at this time.

“We don’t have a definite motive right now as to why the incident occurred,” said Pine Bluff Police Chief Kelvin Sergeant. “However we do believe this was a targeted incident as opposed to a random incident.”

Now we are seeing lots of people leaving the Jr. High building.

Some have backpacks and and belongings, others are coming out empty handed. pic.twitter.com/onJunGYnRb