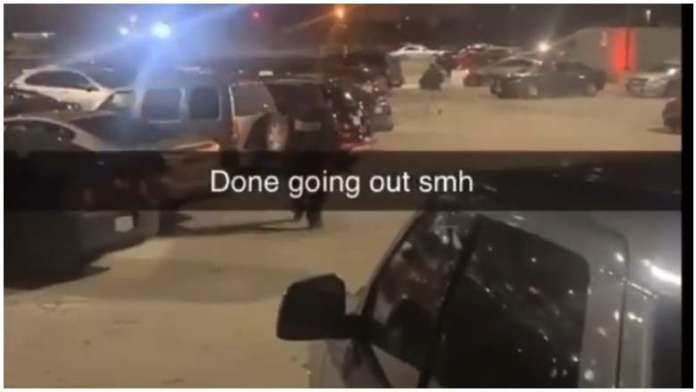 MISSOURI — Police continue to investigate after a mass shooting took place at a club about 11:30 p.m. Sunday night following the Chief’s victory over the Tennessee Titans in the AFC Championship game.

Witnesses say the gunman started firing into a line of people waiting to get inside the club, which was hosting a Chiefs party.

The shooter is identified as 29-year-old Jahron Swift of Kansas City. Cops say that an armed private security guard at the club shot and killed Swift just outside of the business, which is located in the 4800 block of Noland Road. The deceased victim is 25-year-old Raeven A. Parks of Kansas City.

“We know that there were multiple firearms involved, so we think the security guard’s actions definitely saved lives,” police Chief Richard Smith said.

At least three of the 15 injured victims are in critical condition. Police have not yet interviewed all of the victims and do not yet know whether all were injured by gunfire. Police recovered multiple firearms at the scene. It appears the suspect and the security guard were the only ones who fired shots.

“We’ve got a problem in Kansas City,” Mayor Quentin Lucas said. “We’ve said a few times that it is an epidemic of gun violence. We’re losing too many lives, we had too many shot each year. We will remain committed, both at city hall and the police department, and every agency in Kansas City is making sure that we stop this problem.”

Police have not yet identified the shooter’s motive.

At this time, all of the people identified in the incident are from the Kansas City metropolitan area.

Police were very nearby the business at the time of the shooting and responded quickly. Officers from across the metro area assisted both with the incident and in fielding KCPD’s other regular calls for service across the city as KCPD officers were tied up at the massive scene. There were hundreds of people at the club, many fleeing by car and on foot.

The business was known to police, and shooting incidents had been reported there previously.