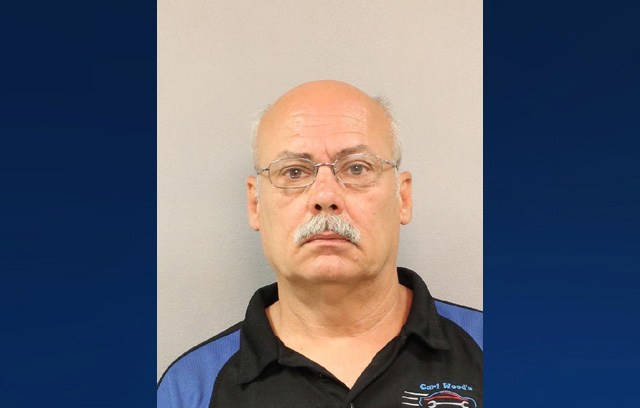 NASHVILLE, TENN — Danny Troupe, 54, is charged with reckless endangerment and evading arrest after refusing to pull over this morning and dragging a police officer several feet before stopping.

West Precinct Motorcycle Officer Danny Johnson was conducting traffic enforcement on the right shoulder of the exit ramp from I-440 East to Murphy Road at 7:15 a.m. when Troupe stopped his pickup truck in a lane of travel and began shouting at Officer Johnson. Officer Johnson could not hear what Troupe was saying from his fixed post and walked over to the pickup truck. Officer Johnson leaned into the passenger side window. Troupe continued to berate the officer.

Officer Johnson was transported to Vanderbilt University Medical Center where he was treated for injuries to his shoulders.

Troupe admitted to responding officers that he was upset about a prior traffic citation he had received. Troupe was issued a citation on May 13th for running a red light at Broadway and 19th Avenue South. He was found guilty of the moving violation on June 27th.