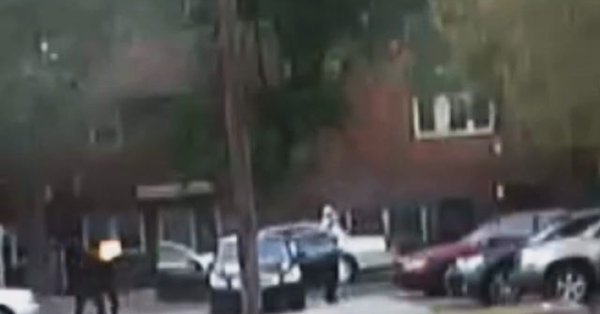 WASHINGTON, D.C. — Detectives from the Metropolitan Police Department’s Homicide Branch seek the public’s assistance in identifying and locating suspects and a vehicle in connection to a homicide that occurred on Monday, July 16, 2018, in the 300 block of 53rd Street, Northeast.

At approximately 8:00 pm, members of the Sixth District responded to the listed location for the sounds of gunshots. Upon arrival, members located a juvenile female, an adult female, and an adult male suffering from gunshot wounds. DC Fire and Emergency Medical Services responded to the scene and transported the victims to area hospitals. After all life-saving efforts failed, the juvenile female victim was pronounced dead. Two other adult male victims sought treatment at an area hospital for gunshot wounds.

The decedent has been identified as 10-year-old Makiyah Wilson, of Northeast, DC.

The suspects’ vehicle is described as a black Infiniti four door sedan, missing the rear bumper. The vehicle and suspects were captured by a nearby surveillance camera.