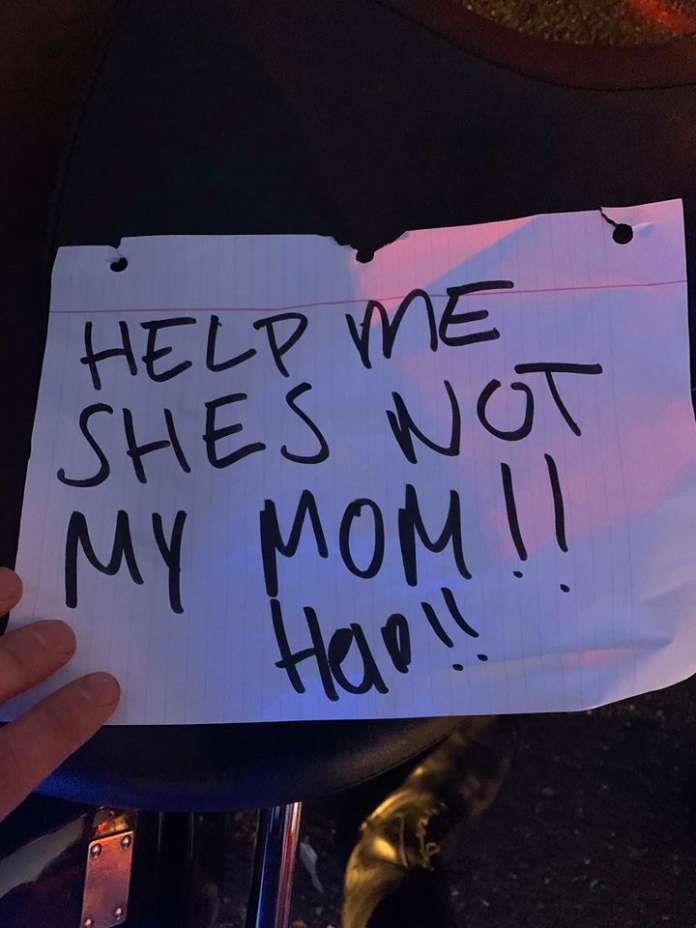 SACRAMENTO, California — At 5:02 pm Saturday, officers received a call of a car traveling on southbound SR-99 at Dillard Road with a young girl in the back seat holding up a piece of paper asking for help.

Two officers responded as well as a K-9 unit from CHP – Valley Division and located the vehicle on SR-99 at 8 Mile Road in Stockton. A high risk enforcement stop was made on the vehicle with the assistance of CHP – Stockton personnel and the vehicle immediately yielded to the right shoulder of the freeway.

The driver was contacted and cops found out the girl had made it all up and thought it was a fun thing to do. The mother was unaware of what her daughter was doing and after it was determined that there was no foul play, the mother and daughter were allowed to leave the scene.

Police said, “This is a reminder that parents need to be aware of what their children are doing in the back seat at all times. Six CHP units were assigned to this call instead of responding to legitimate calls or patrolling their beats because of this hoax.”