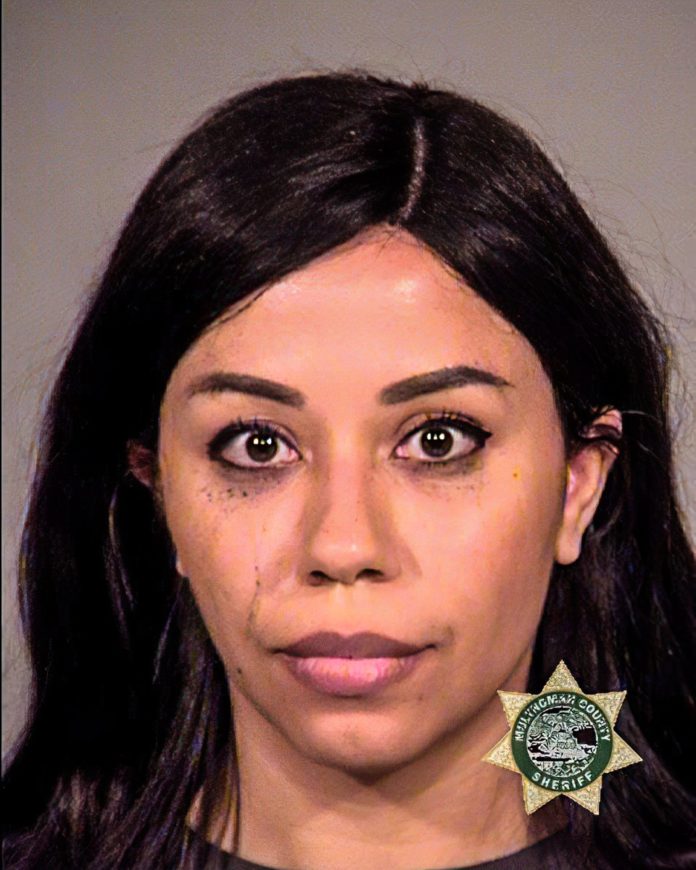 PORTLAND, Ore.—Michelle Peterson O’Connor, 31, of Portland, has been charged by criminal complaint with civil disorder after throwing a helmet at an officer making an arrest during an unlawful assembly in Portland on August 24, 2020.

According to court documents, in the early morning hours of August 24, 2020, the Portland Police Bureau’s Rapid Response Team was conducting crowd control duties during a riot near the bureau’s Northeast Precinct. Portland officers witnessed O’Connor pick up a helmet from the ground and throw it at an officer arresting another person, striking the officer in the head. O’Connor was arrested without incident.

O’Connor made her initial appearance in federal court today before a U.S. Magistrate Judge. She was released pending further court proceedings. If convicted, O’Connor faces a maximum sentence of five years in federal prison.

This case was investigated by the FBI. It is being prosecuted by the U.S. Attorney’s Office for the District of Oregon.