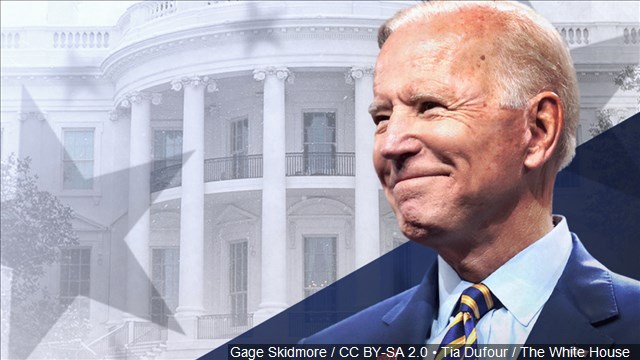 READ: Excerpts from Remarks as Prepared for Delivery by President Biden to a Joint Session of Congress

As I stand here tonight, we are just one day shy of the 100th day of my administration.

100 days since I took the oath of office—lifted my hand off our family Bible—and inherited a nation in crisis. The worst pandemic in a century. The worst economic crisis since the Great Depression. The worst attack on our democracy since the Civil War.

Now—after just 100 days—I can report to the nation: America is on the move again. Turning peril into possibility. Crisis into opportunity. Setback into strength.

Now, I know some of you at home wonder whether these jobs are for you. You feel left behind and forgotten in an economy that’s rapidly changing. Let me speak directly to you.

The Americans Jobs Plan is a blue-collar blueprint to build America.

We have to prove democracy still works. That our government still works—and can deliver for the people.

In our first 100 days together, we have acted to restore the people’s faith in our democracy to deliver.

We’re vaccinating the nation. We’re creating hundreds of thousands of jobs. We’re delivering real results people can see and feel in their own lives. Opening the doors of opportunity. Guaranteeing fairness and justice.