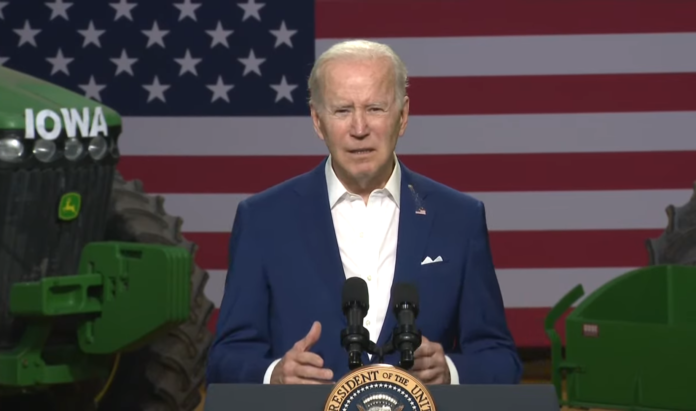 MENLO, Iowa — During a speech in Iowa, President Joe Biden spoke about his plan to help working families as inflation hit a 40-year high under his leadership Tuesday.

BREAKING: US inflation soared 8.5% over past 12 months, biggest spike since December 1981 – AP

So, as Americans are struggling with skyrocketing prices for everyday goods like food and gas, it only made sense that the President also have a crappy day.

During his remarks inside a barn, while blaming Russian President Vladimir Putin for the crises at home, a bird apparently flew over the commander-in-chief and dropped a gift on his freshly-starched suit.

BIDEN: "Putin's invasion of Ukraine has driven up gas prices and food prices all over the world…Ukraine and Russia are not doing what they usually do so everything's going up."

"70% of the increase in prices in March came from Putin's Price Hike in gasoline." pic.twitter.com/ARrsIWqaTZ

Do you think the bird was targeting POTUS? Leave a comment below!