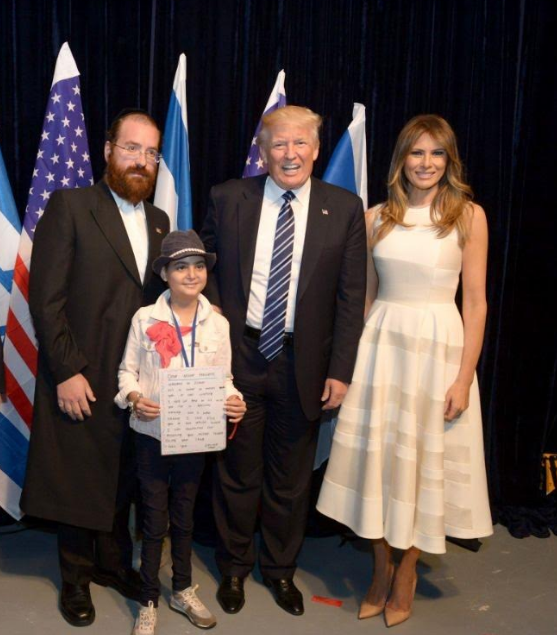 During his recent visit to Israel, President Donald Trump made a 14-year old girl’s dream come true. Emilee Imbar has been battling cancer for the last seven years, and has dreamed of meeting with the U.S. President.

Shimi Geshayed, Director of Rachashei Lev together with long time Rachashei Lev supporter, Prime Minister Benjamen Natanyahu, were able to facilitate a meeting between Emilee and President Trump that neither of them are sure to forget. Despite the Presidents overwhelmingly packed schedule on his 27 hour trip to Israel, he was eager to meet this special girl and make her dream come true.

President Trump chatted with Emilee, asking about her health and wellbeing, and relating to her a little bit about the immense responsibilities of being a President of the United States. Emilee blessed and thanked President Trump, and presented him with a letter she wrote expressing her desire to meet him again – this time in the White House, where she hoped to do business with him, and maybe even to bring peace to the world. 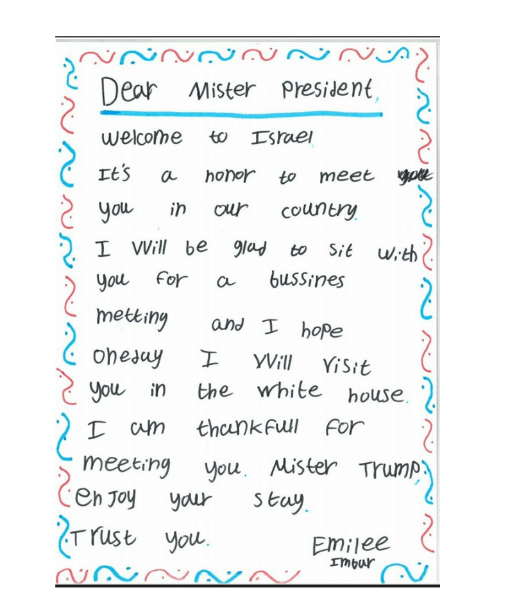 President Trump was visibly moved by Emilee and wished her good health and a speedy recovery. It was a momentous day for all.