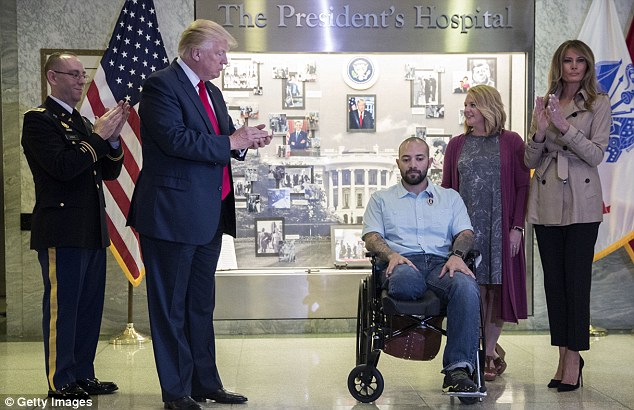 President Trump said he was moved by the story of Sergeant 1st Class Alvaro Barrientos, who was wounded in Afghanistan, that he wanted to do the honor himself.

Before pinning the award on Barrientos, Trump said: ‘When I heard about this and I wanted to do it myself.’ 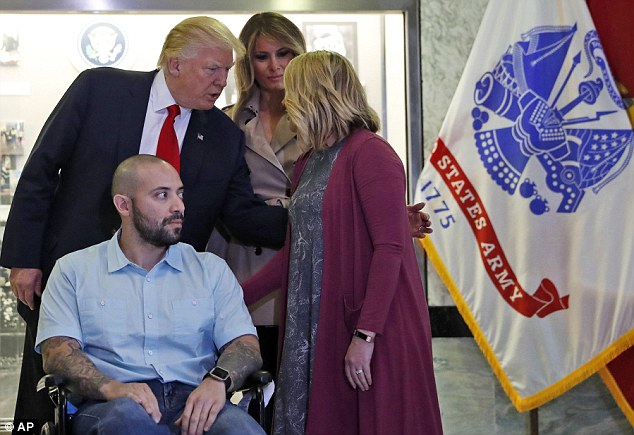 Before leaving the White House, the president tweeted that he looked forward to ‘seeing our bravest and greatest Americans.’

The Purple Heart is awarded to service members who are wounded or killed in action.

Barrientos was injured in Afghanistan on March 17 when an Afghan soldier opened fire inside a base in Helmand province.